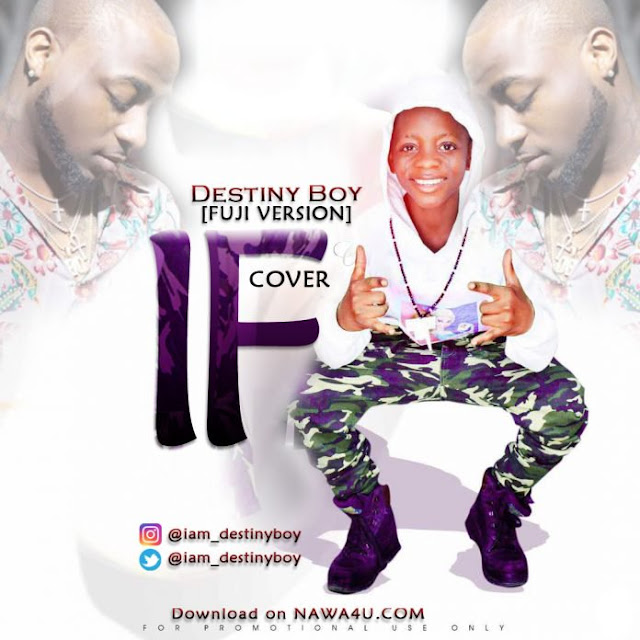 The Entertainment industry in recent time has gained massive attention from all fairs of life as young artists kept flaming it hot with new rhythms to the amusement of their fans.
Destiny Boy the young Agege shooting star who is never relenting on his Oars just stirred the entertainment industry as he recently watered his fans appetite by dropping his own version of Davido’s Cover “IF” in a special strong Fuji melody tone.
The track which has gone viral all over the internet has created mixed reactions among music lovers, and the fans of the Nigerian music star Davido also urging him to look into the musical career of the Agege born.