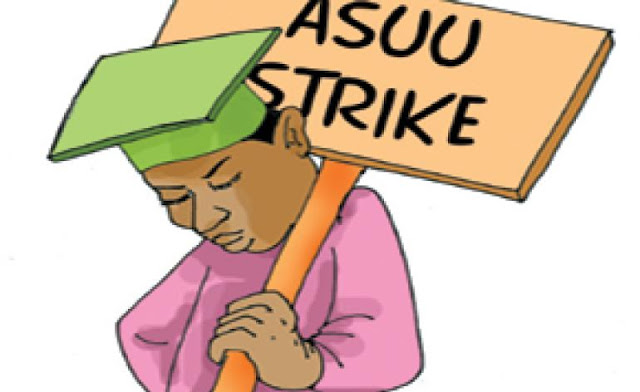 University teachers have presented six new conditions for calling off their two-week old strike.But the Minister of Labour and Employment, Dr. Chris Ngige, yesterday pleaded with the lecturers to embrace peace for the sake of innocent students.The Federal Executive Council (FEC) is to discuss today the demands of the Academic Staff Union of Universities (ASUU) and chart the way forward.Some of the options include:bringing back ASUU to the negotiation table;allowing the Wale Babalakin Panel to conclude its assignment;suing ASUU to either the Industrial Arbitration Panel (IAP) or the National Industrial Court (NIC); andreferring all issues to the Ministry of Labour and Employment, in line with the Trade Dispute law.According to a source, who spoke in confidence with our correspondent, the six conditions were not part of the previous demands referred to the Babalakin Committee for arbitration.The new conditions are that:the Federal Government should immediately accept payment of shortfall in salaries of universities;universities to manage their IGR the way they like and exemption from TSA;exemption of Endowment Funds, JV cash from TSA;payment of University Salary Scale to teachers in primary schools in universities;release/implementation of guidelines for the retirement of Professors in line with 2009 FG-ASUU Agreement; andwaiver/ government fiat to set up Nigerian Universities Pension Management CompanyThe source said: “ASUU has brought proposals different from the agreement they reached in the Senate with the Federal Ministry of Education.“They are asking the government to take over the shortfall in the salaries of universities when there were glaring cases of abuse of recruitment process and non-compliance with Integrated Personnel Payment Information System (IPPIS).“They want the government to accept liability for the shortfall in spite of the fact that universities acted arbitrarily in increasing their wage bill.“The lecturers have also asked the government to manage their Internally Generated Revenue (IGR) henceforth instead of remitting such to the Treasury Single Account (TSA) in line with their demand for autonomy for universities.”But, according to the source, the government does not want to waive the TSA policy for universities. It, however, expressed readiness to exempt Endowment Funds and Joint Ventures Funds from TSA.“In their new demands, the lecturers asked for the issuance of a fiat to the Pension Commission to register the Nigerian Universities Pension Management Company.“PENCOM has expressed its readiness to register Nigerian Universities Pension Management Company, if ASUU and other stakeholders can quickly address the lapses already highlighted in the registration process. PENCOM is insisting that the guidelines in the 2005 Pension Reforms Act must be fully complied with,” the source said.The the government is said to be shocked by ASUU’s fresh request that the Federal Government should pay University Salary Scale to primary school teachers in varsity staff schools.It said: “They are saying that the staff school should be allowed to continue to collect tuition fees.”“The government has a different approach to the staff school. Apart from retaining its policy that primary education is free under the Universal Basic Education (UBE) Scheme, the government is of the opinion that teachers in varsity schools be either paid by the Universal Basic Education Commission(UBEC) or be placed under the salary scale of the Federal Ministry of Education or Federal Salary Scale,” the senior government official said.“Another demand from ASUU is the release of the guidelines for the retirement of professors in line with 2009 Agreement.”Responding to a question, the source said: “We believe that ASUU is trying to be difficult with the new conditions after the Minister of Education, Mallam Adamu Adamu, had conceded N23billion to pay earned allowances of the lecturers.“The ASUU strike will be tabled before the Federal Executive Council (FEC) on Wednesday (today). The FEC will weigh options and chart the way forward.”Contacted last night, the Minister of Labour and Employment, Dr. Chris Ngige said: “They have brought some proposals different from the demands we are already addressing. I want ASUU to toe the path of peace for the sake of the innocent students in our universities.“I am asking ASUU to know that this dispute is already apprehended by this ministry. And when we apprehend a dispute, it is necessary for parties to come for talks and consideration of issues.“Going by Section 3 of the Labour Dispute law, any further discussion on ASUU demands should be done with the Federal Ministry of Labour.”