In a new twist to a messy murder story, Ibadan-based Lawyer, Mrs. Yewande Oyediran who was accused of stabbing her husband to death has denied the charges levelled against her at an Oyo State High Court, on Monday 5th June.
Mrs. Oyediran, who was allegedly to have killed her husband Lowo Oyediran, a France-based Businessman, told the court that she actually had a scuffled with her husband on February 2m 2017 and in the process the late husband threatened her with a knife.
Mrs. Oyediran, in her words had earlier accepted the fact that she actually inflicted some knife cuts on her husband on that faithful, but denied stabbing him to death.
In her words: 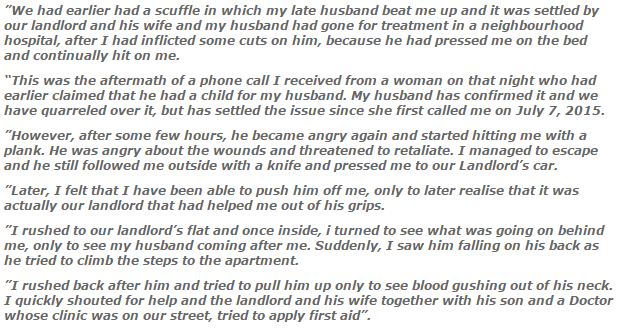 Initial reports were that his wife was on the run. However, she was later discovered with dislocated shoulders, a swollen head and bruised body and was immediately hospitalized. She has since been discharged from the hospital and is currently being detained at the state CID Iyaganku, Ibadan.
The deceased has been taken to the mortuary while his friends and families have been mourning him on social media since the incident.
The incident which has continued to generate mixed reactions all over the social media as some members of the public including friends and family of the deceased keep sharing the post on social media believing that the Family of hounrable fatoki is presently using all their influence in trying to cover the story of their murdered friend and brother, as show below: Here is a screenshot comments from other members of the public: Source: Naijagist.com 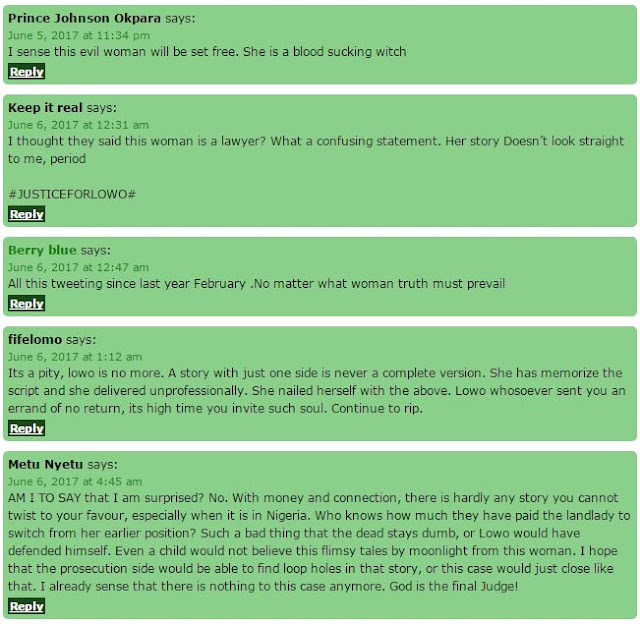 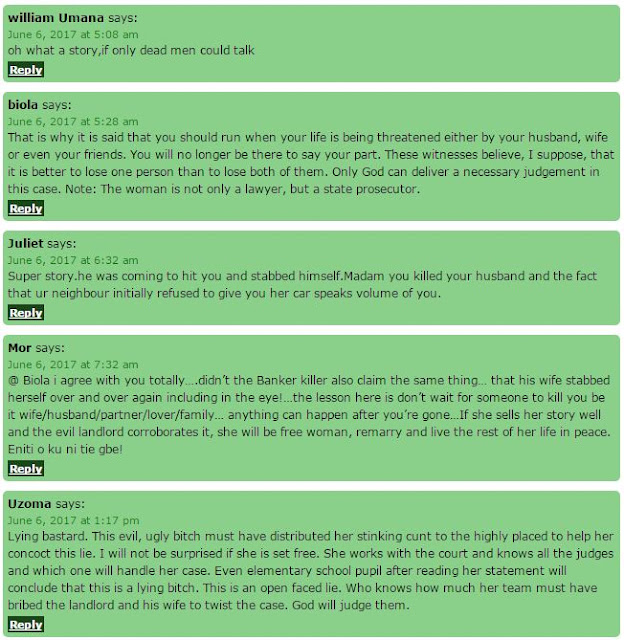