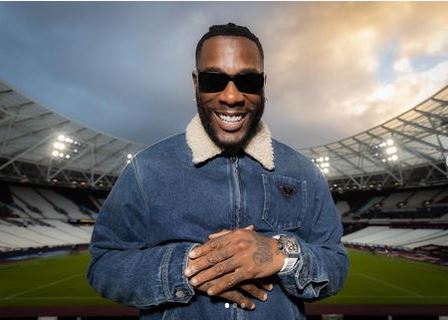 Nigerian megastar, Burna Boy has announced his London show next year at the London stadium.

It will be a one-off and will happen in 80,000 Queen Elizabeth Olympic Park at London Stadium on June 3 next year in 2023.

The show will be Love, Damini Tour’s part, and the singer is the first African artist to headline a stadium show in the UK. The singer is a Grammy award winner and has something to say about his upcoming show.

He said he was told he could not reach great heights because of where he comes from, but he wants to tell people that people should dream because dreams come true.

Because I can 😉🤷🏾‍♂️ #lovedamini

Thank You for All for The Love and Support.