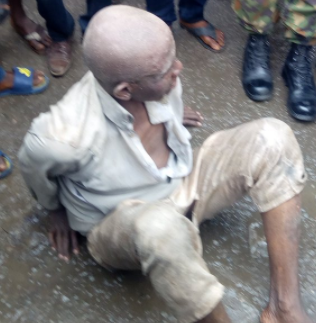 A man suspected to be a ritualist was given jungle justice by angry mobs this afternoon in Challenge area of Mushin,Lagos.
Three of them who pretended to have lost their sanity were found with ATM cards,phones,blood-stained clothes under a tunnel in the area. 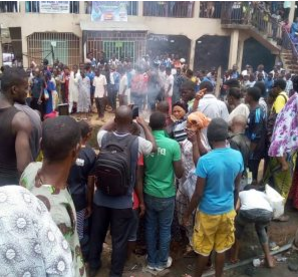 The mobs beat and set ablaze one of them while the intervention of the police rescued the other two.Five other people have arrested in connection with the attack…
Watch the video below 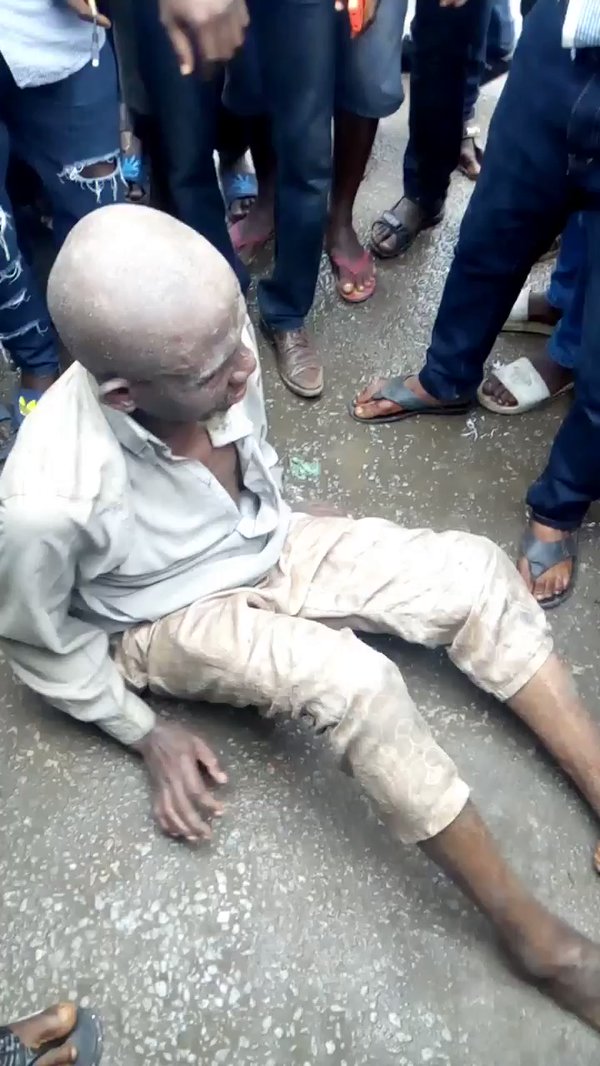