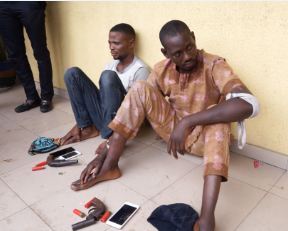 Two armed robbers, Indian hemp seller, car thieves and a kidnapper/ritualist were paraded before newsmen at the Lagos state Police Command, Ikeja.
Imediate past commissioner of police, Fatai Owoseni who spoke to news men narrated the different crimes comitted by the suspects 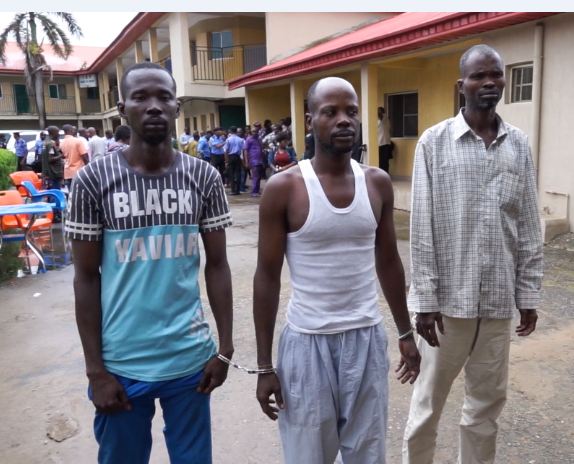 One of the suspects, Aliyu Abudulai was caught while trying to slaughter a 4 year old girl who he had captured from her mother’s shop at White Sand market, Ebutte-Metta.
He was caught by a good smaraitan who enaged him in a fight in order to rescue the litlle girl. The good samaritan got injured in the process but the little girl was sucessfully rescued and returned to her mother.
Two fomer staff of a hotel in Lagos identified as Ogemdi Chidozie and Fabian Arinze were also paraded for allegedly stealing a yet to be registered Nissan bus from the hotel.
Another suspect who was caught with a Ghana Must Go filled with Indian hemp which he said he sells in order to feed his family was also paraded. 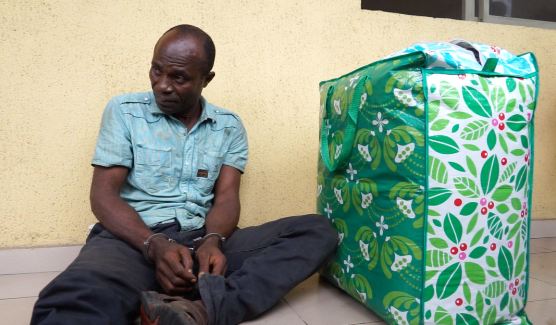