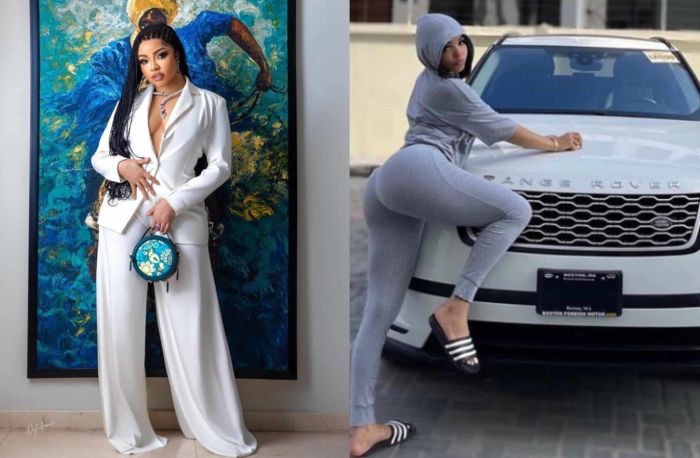 Following news online that Nengi’s N37M Range Rover was allegedly seized by the Economic and Financial Crimes Commission (EFCC), the Reality star has finally spoken up.

According to earlier reports , the BBNaija Ex-housemate’s expensive ride was allegedly confiscated because it was proceeds from illegal money made by the Ponzi scheme owner who bought it for her.

Fans and critics had shaded her for claiming that she bought the car with her hard work only for the ‘truth’ to be revealed.

Nengi took to her Twitter page on Thursday, and called out influencers who spread the news on various platforms.

Read what she wrote below:-