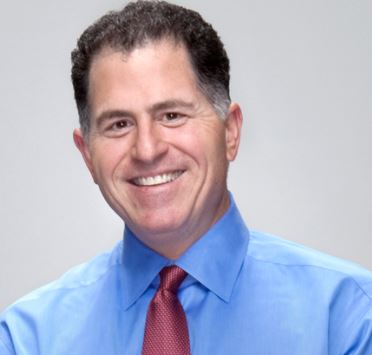 Tech billionaire and Houston native, Michael Dell has pledged $36 million to the Hurricane Harvey relief efforts. The pledge from the Michael & Susan Dell Foundation is the largest contribution to date.
It follows a long list of corporate donations to help the storm’s victims and aid with recovery. The founder and CEO of Dell and his wife Susan on Friday also announced the launch of the Rebuild Texas Fund, along with Texas Governor Greg Abbott.
The pair has already donated $17 million to launch the fund. The goal is to raise more than $100 million for immediate relief efforts, as well as longer-term recovery and rebuilding. “This disaster is personal to everyone who has roots in Texas. Both of us were born and raised in Texas, and the street Michael grew up on in Houston is under water now” Michael and Susan Dell said in a statement.