A dramatic incident has taken place after a woman reportedly attacked the boyfriend’s side chick and bite off her ear.
A secret lover has been taught a bitter lesson for trying to snatch another man’s boyfriend. According to a story by Bodmas Kemepadei, a woman used her teeth to bite off the ear of her boyfriend’s side chic during a fight.
Bodmas said the woman attacked the boyfriend’s side chic after learning that the man was planning to marry her.
The jealous lady identified as Glory was reported to have invaded the family residence of Bridget, in a surprise attack, pounced on her and bite off her ear. The sad incident occurred at Akipelai community, Ogbia local government area of Bayelsa state on  Wednesday, September 27th 2017, at about 4pm.
After Glory attacked her boyfriend’s alleged lover identified as Bridget, members of Bridget’s family who stormed the scene quickly apprehended Glory, held her down and also used a knife to chop off her own ear. 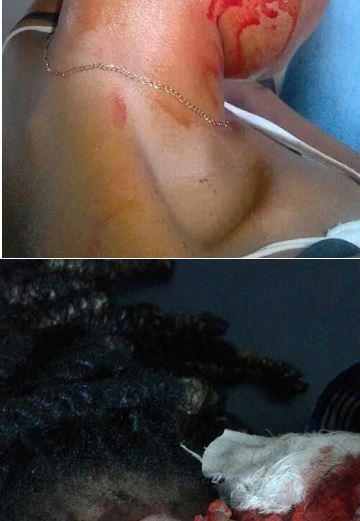 The incident is said to have sparked tension amongst the two families involved and is causing unrest in the community.