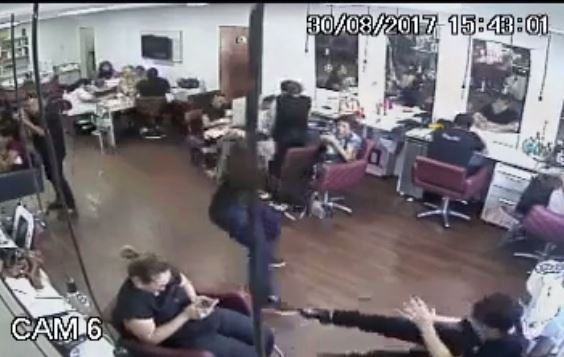 The shocking video below shows a man murdering a Brazilian hair stylist named João Felipe Oliveira Martins, 23, in the “Always Bella” hall, located on the Rio Tarauacá street in Vieiralves, Zona Centro-Sul de Manaus.
According to online reports, the crime occurred on Wednesday afternoon.
The victim, who was the manager of the popular hair salon belonging to the daughter of a councilwoman Glory Carrate, recently went through a break up with a “straight” man, and online reports say that the victim allegedly exposed his lover on social media.
It was reported that the supposedly “straight” man became upset that he was put out there as “gay” online and came to exact revenge.
In the video, João Felipe was killed with five shots, in the presence of clients and employees by a gunman who burst into the room.
Watch the graphic video below.
Click to watch video