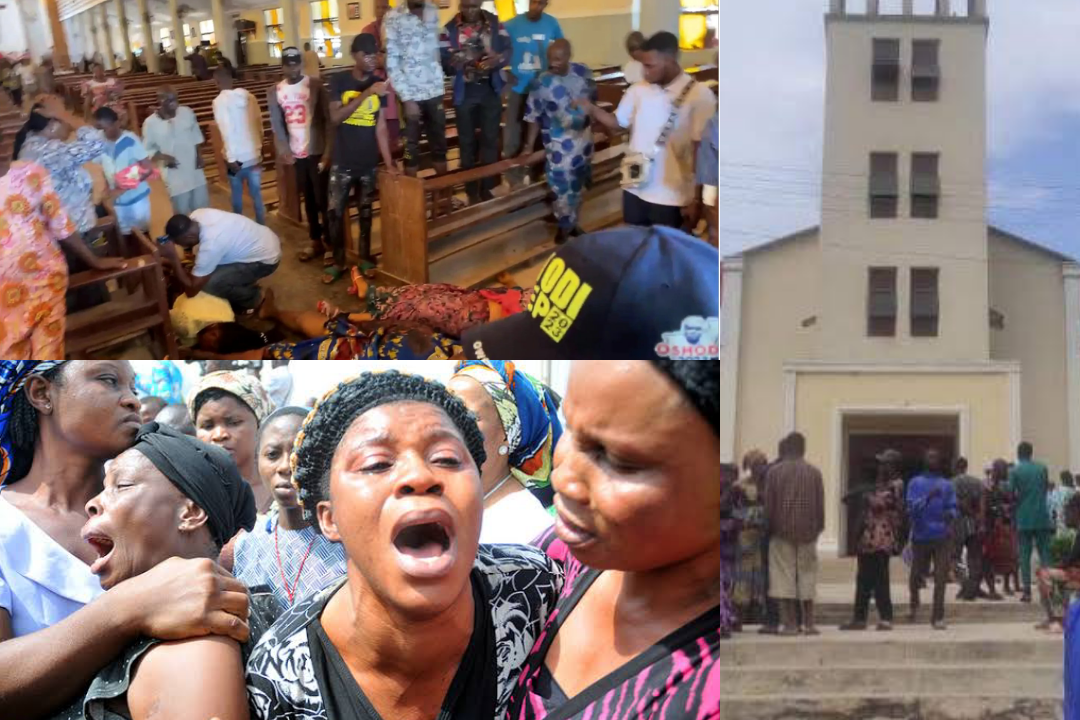 The town of Owo, the headquarters of Owo Local Government Area of Ondo State has been thrown into mourning after suspected terrorists attacked a Catholic church in the council headquarters.

According to emerging reports, the suspected terrorists bombed the St Francis Catholic Church located in Owo before opening fire on worshippers.

Many were reportedly killed and dozens of others hospitalised. Meanwhile, the authorities are yet to release official statement on the incident and the extent of havoc wreaked by the terrorists.

However, according to eyewitnesses, no fewer than 50 corpses have been moved out of the church and dozens have been taken to the Federal Medical Center, Owo, requiring urgent medical attention.