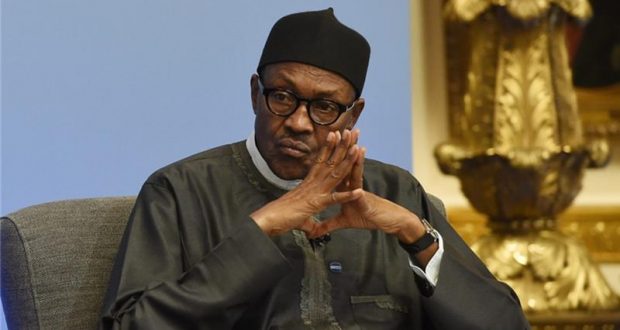 President Muhamamdu Buhari’s emergency medical vacation to the United Kingdom, UK, on penultimate Sunday, has been turned into a suspense-packed story, as gathered by Post-Nigeria.
The suspense has gotten to a climax, as there hasn’t been any official report or communication on how far Buhari’s health status since he left the country through a hurriedly arranged night flight to London. This heightened calls by Nigerians on the Presidency, to declare the health status of Buhari, in order to calm the tension created by his absence has been dismissed by the All Progressives Congress, APC, by the wave of the hand.
Recall, that on that faithful Sunday, was Buhari jetted out of the country behind cameras to attend to his health, that has made him to repeatedly fail to attend Jumat prayers in the Aso Rock Mosque, and several Federal Executive Council, FEC, meetings.
Sources exclusively revealed to Post-Nigeria, that Buhari’s Presidential Spokesmen, Femi Adesina, Garba Shehu, and the Acting President, Yemi Osinbajo, have not been able to get in contact with Mr. President through the phone, since he left Nigera to the UK.
“There has not been any official communication between Buhari and those he left behind in Aso Rock, since he traveled out of the country for follow-up medical consultation.
“Buhari’s phone no longer rings, everything is dead cold, even Osinbajo has not been able to get through to him.’’
He added: “Have you heard any Governor or Special Adviser saying that Buhari called him, since he left the shores of Nigeria? Have you heard Osinbajo saying that he contacted Mr. President, unlike before?’’
Media hat it that on Buhari’s January visit to London, many Governors and Politicians had claimed that Mr. President called them on the phone.
Former President, Olusegun Obasanjo; Kogi State Governor, Yahaya Bello; Information Minister, Lai Mohammed; and many others, are those Buhari reportedly called during his last trip.
“This time around, no more phone calls, no more visits, everything is at dead end’’, the source hinted.
Meanwhile, investigation revealed that the North may have lost the power it had been impatiently waiting for, since the turn of the Fourth Republic, in 1999.
“The North is highly apprehensive on Buhari’s dead silence, since he left for London. There is no chance Buhari’s Northern friends, already accused of imposing a political stranglehold over the masses, will watch Osinbajo become President without a fight, in the event that Buhari is unable to continue in office, owing to ill-health or death’’, a top presidential source revealed when contacted.
He added: “Despite the denial of rumours that there is pressure on Osinbajo, a South-Westerner, to resign, the meeting of Northern Governors with the National Security Adviser, NSA, Babagana Monguno, and Chief of Army Staff, Tukur Buratai, has raised eyebrows.
“Osinbajo is himself in the dark, about the state of the President’s health. Osinbajo will not exercise that power beyond the extent to which he knows Buhari would want him to. And quite frankly, that is not what Nigeria needs at the moment.
“Either Buhari returns to office in earnest, to personally oversee the fulfillment of the promises he made to Nigerians in 2015, or he gives up the position for someone else who will run his own vision, and will be entirely accountable for the state of the nation.’’