– Ifeanyi Dike, the 23-year-old suspected ritualist and student of UNIPORT, has been re-arrested
– Dike was re-arrested in Plateau state after escaping from detention in Rivers state where he allegedly killed an eight-year-old girl
– There is a reported celebration among officers of the Rivers police command
Reports say the police have re-arrested Ifeanyi Dike, the 23-year-old student of the University of Port Harcourt, who killed his neighbour’s eight-year-old daughter for ritual recently.
Dike was reportedly arrested in Plateau state days after he escaped from detention in Rivers state and was declared wanted by the Nigeria Police Force.
He had been arrested for killing Victory Chikamso Mezu and removing her body parts for ritual.
He had been paraded by the Rivers police command before he suddenly disappeared, causing massive protest and arrest of Sergeant Johnbosco Okorinize, an officer.
The news has reportedly resulted in jubilation at the Rivers police headquarters.

Dike was paraded recently for allegedly killing Victory Chikamso, a neighbor’s daughter and removing vital organs from her body for ritual purposes. Watch this video as some Lagos residents speak about alleged ritualist den discovered in the state recently: 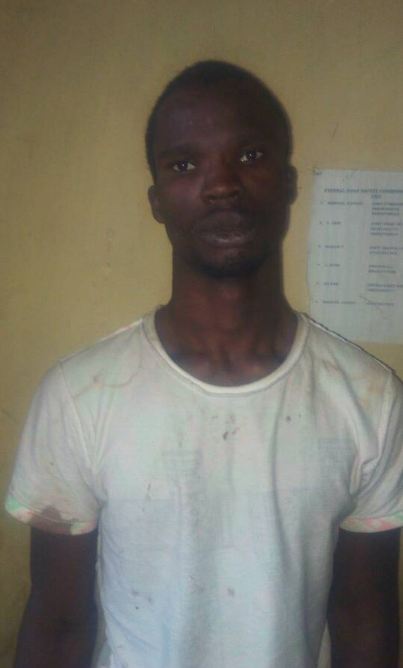 The news has reportedly resulted in jubilation at the Rivers police headquarters.
NAIJ.com earlier reported that the Rivers state police command was battling to crack the puzzle concerning how Ifeanyichukwu Dike escaped from detention.