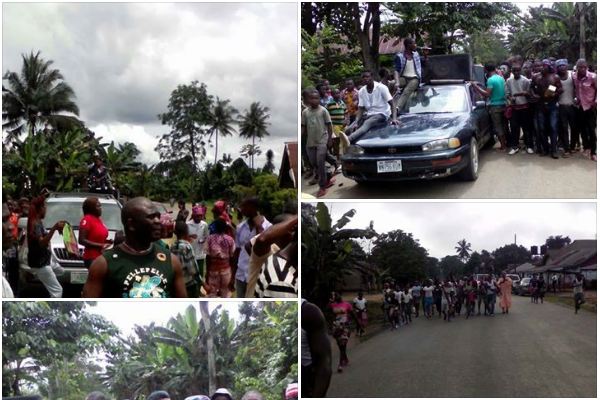 The Ozuzu community in Etche local government area of Rivers state, has officially announced the commencement of her festival for this year. The community who made it known through the office of the president of Ozuzu Youth Association, Mr. Aforole Kingdom.
Mr. Kingdom who took to his facebook page on Wednesday declared the activities marking the Ozuzu festival activities as follows;
Saturday 2nd of September 2017: Carol round Ozuzu town
Sunday 3rd of September 2017: A football match between Port Harcourt base and Home base
Monday 4th of September 2017: Wrestling proper
The president also seized the opportunity to urge every sons and daughters of Ozuzu community to partake in the festival with the spirit of love and oneness, in order to create an enabling society of peace and harmony for all.
And In his final word, he said “Build the Youths! Build the Nation! And we will maintain the Elders”
…See pictures below