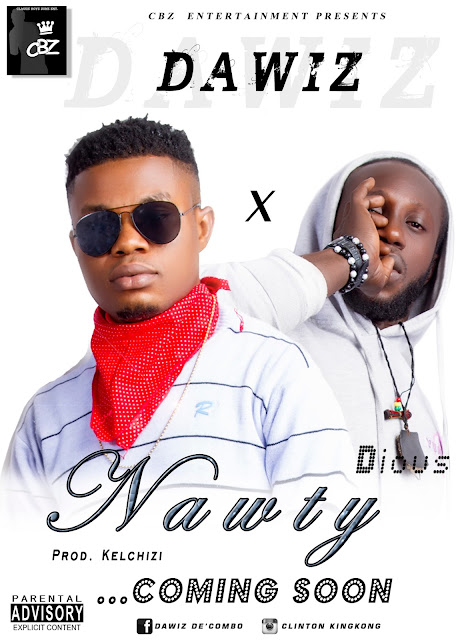 Port-Harcourt fast growing musical label CBZ Entertainment has official announced the release of an upcoming single titled “NAWTY” just few weeks after striking a record deal with an indigenous artiste popularly called Dawiz. The song which featured Dious the CEO CBZ Entertainment and Dawiz the fast rising indigenous artiste is said to be used in marking the unveiling of the new artiste into the record label.
This song is going to rock the entire Port-Harcourt city like never seen before because it is a collaboration of one of Port-Harcourt famous underground rapper Dious de Bonez and an indigenous underground hip hop rap-lord Dawiz De’Combo.
The song which is said to be a blend of indigenous language and a bit of Afro hip hop is expected to trill the international market when hit the internet.
Information reaching us claims that DJs and bloggers are already sorting for the release date of this song but unfortunately it’s only going to hit just one place in the entire internet and that place here on STARZON..lolz
It will be coming hot here..so get ready to download..#Anticipate