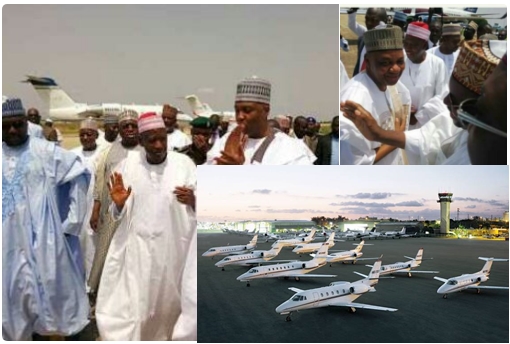 It has been gathered that twenty six private jets and four police and air force aircraft making it a total of 30 jets landed in Minna, Niger State, on Friday for the wedding of Halima, last child of former military ruler, Ibrahim Babangida.
The aircraft had brought dignitaries from all parts of the country and beyond into the city for the occasion.
The groom, Alhaji Auwal Abdullahi, a prominent businessman from Gombe State, gave 10 cows and N500,000 as bride price for his bride, according to the News Agency of Nigeria.
The occasion attracted high profile politicians from the ruling All Progressives Congress and the major opposition party, the Peoples Democratic Party.
It also had in attendance, former President Goodluck Jonathan, Senate President Bukola Saraki, and the Emir of Kano, Muhammadu Sanusi II, among other dignitaries.