The body of a young man yet to be identify was found days after unknown gunmen suspected to be cultists raged the Choba community in Obio-Akpor L.G.A of Rivers state.

The ugly incident which took place last Sunday was gave birth to another rival cult group  invading the Choba community at around 8am shooting sporadically.

According to eye witness, the gunmen chased their victim who ran into the Indomie Company but could not be saved as the gunmen also went into the company treating to kill all security men on guard if not allowed to fulfill their mission so they were granted the access to drag out the young man which they later beheaded, set his body ablaze and then made away with his head. 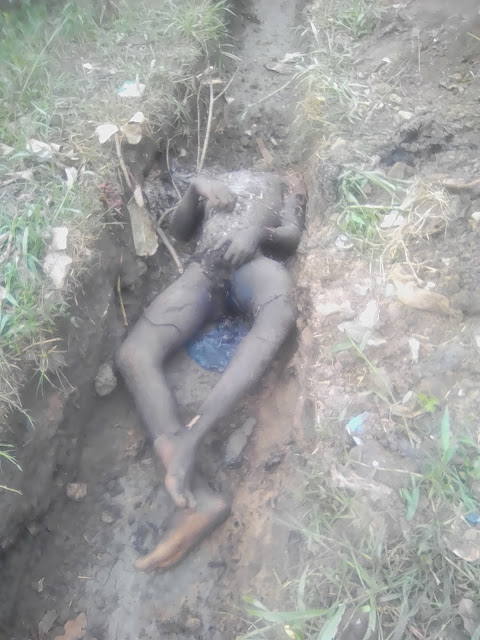