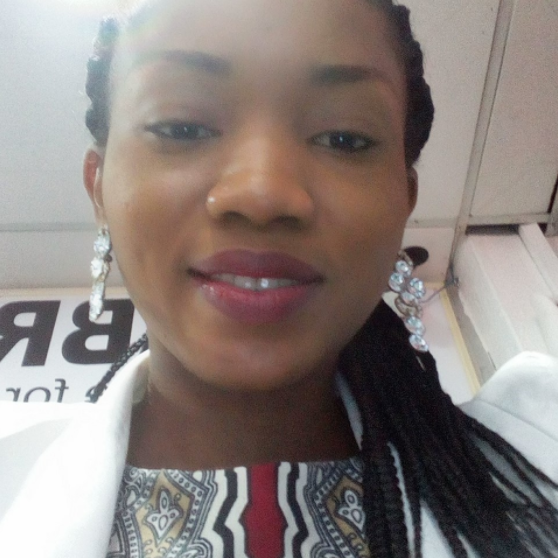 A beautiful lady set to wed on the 4th of November died in a car crash in Osun state while travelling from Abuja to Lagos.
29-year-old Mercy Ndidiamaka Onwuka was one of the 4 passengers who died when a Young Shall Grow bus somersaulted multiple times on the expressway. According to a family member of Mercy, a youth corp member in the bus died on the spot while three others died later. His sister, sadly, was one of them.
An elder brother to the deceased told LIB that Mercy was taken to the Teaching Hospital in Ile-Ife following the accident on the afternoon of September 6, but doctors were on strike and, as a result, his sister was not given adequate care. She suffered internal bleeding and died early on Thursday, September 7, at about 3:00 a.m. She was buried on Sunday, September 10th in Amainyi-Ukwu LGA, Ihitte Uboma, Imo state.
The deceased’s brother, Charles Onwuka, said he was extremely shocked when he received a call on the fateful day to learn that his sister was involved in an accident. He said one of the first responders found the phone number of one of their Abuja relatives written on a paper in her bag and called. The relative in Abuja went to the Young Shall Grow office in Abuja to make enquiries while he went to the transport company’s office in Maza Maza, Lagos. He said he was told to meet with the General Manager who in turn referred him to Ibadan to meet with their representative there to take care of everything. 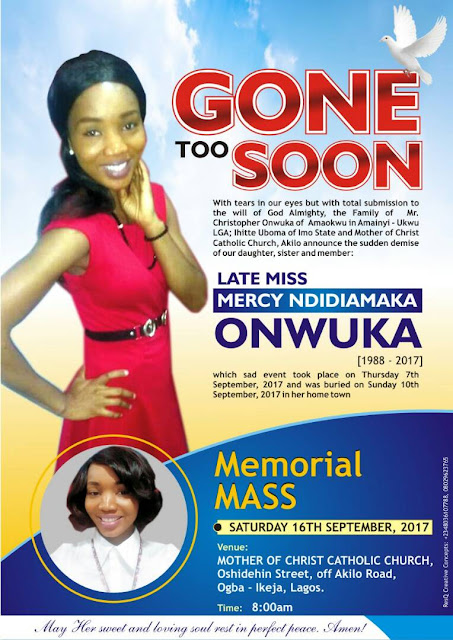 Mr Onwuka accused the driver of the ill-fated bus of being responsible for the accident by driving recklessly. He said he got to speak with one of the survivors who told him that the driver had been overspeeding for most of the journey and was trying to overtake a car when an oncoming vehicle caused him to suddenly apply his brakes and the bus took a tumble. The driver survived.
He also accused the transport company of neglect towards the family of the victims. He admitted that The Young Shall Grow Motors paid for the embalmment of his sister’s body and also for the ambulance that transported her to Imo State but said he expected more from them. He said he was given the phone numbers of the General Manager and the Accident Manager of The Young Shall Grow Motors and was asked to contact them after the burial for further compensation but when he called the general manager, he said he travelled and asked to be called on a later date. He hasn’t heard from both the accident manager and the general manager since then. 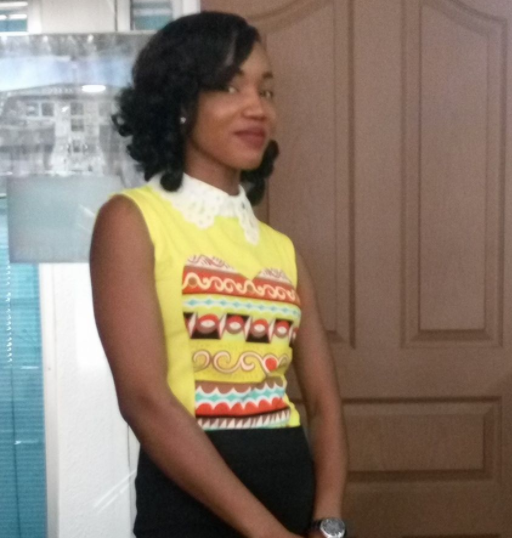 “No concern, No commiserate (sic) they are just non-challent about it. Other surviving passengers are also left to their faith,” he said of the transport company.
He added that his aged parents have been inconsolable and had to go from planning a wedding to planning a funeral.
LIB has tried reaching out to both the general manager and accident manager of the transport company but both are not reachable.
Meanwhile, friends of Mercy took to Facebook to express their shock at the sudden death when plans for her wedding were underway. 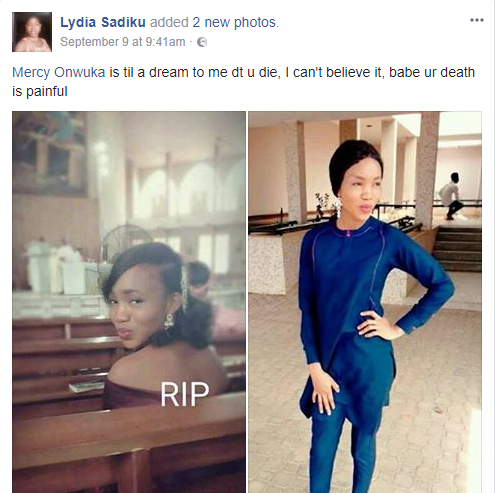 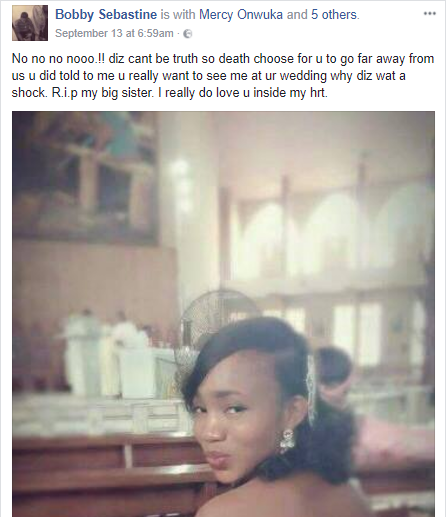