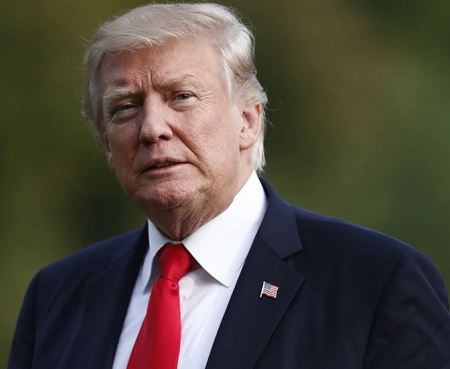 White House Press Secretary, Sarah Huckabee Sanders announced at a press conference that President Donald Trump is pledging $1 million in personal funds to Hurricane Harvey relief efforts.
In her words, ‘he would like to join in the efforts that a lot of the people we’ve seen across this country do, and he’s pledging $1 million of personal money to the fund’. Sanders also asked the media for suggestions regarding which specific organization Trump should donate to.
Already, celebrity figures including Leonardo DiCaprio, Sandra Bullock, Ellen DeGeneres, and Kevin Hart, Chris Brown and a lot more, have contributed hurricane relief efforts to groups such as the Red Cross, Salvation Army, Montrose’s Hurricane Harvey LGBTQ Disaster Relief Fund in Houston, SPCA of Texas, and Austin Pets Alive.