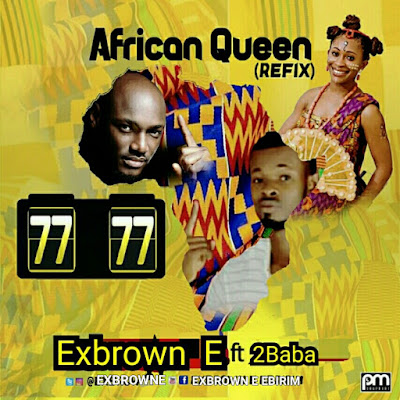 Following the successful release of “No Competition” featuring Kelly Hansome, Exbrown E links up with Chris Bass to create an amazing Refix to 2baba’s evergreen platinum single titled “African Queen.
According to him, he said; “This is my special birthday gift to my music role model 2baba (The Living Legend) as he celebrates his birthday today 18th September, 2017”
In my own opinion, this refix should have originally been the main song, it’s too lit.
Download & share below…
Download Audio HERE