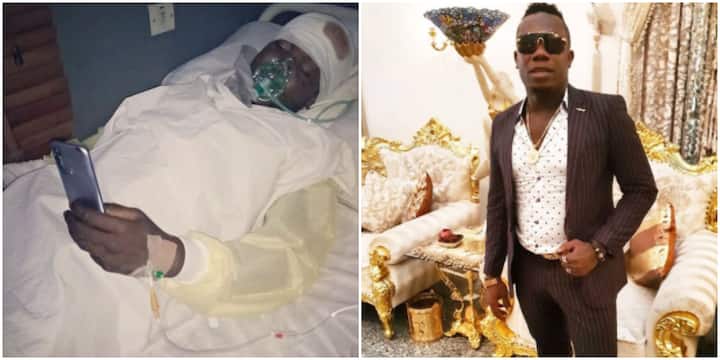 Popular singer, Duncen Mighty has got people thanking God on his behalf after he survived a ghastly car crash which could have cost his life.

The singer shared evidence to prove the severity of the accident and also revealed that the unfortunate incident occurred on January 2nd.

Duncan Mighty thanked the people who rescued him from the river his car plunged into after a trailer with failed brakes faced him Your support matters.

January 2nd 2022 will forever be etched in the memory of popular singer Duncan Mighty as God literally gave him another chance at life.

Taking to his Instagram page to thank God with a heart full of gratitude to fans for their prayers, the singer shared a video of himself heavily bandaged and unconscious on a hospital bed as he received care.