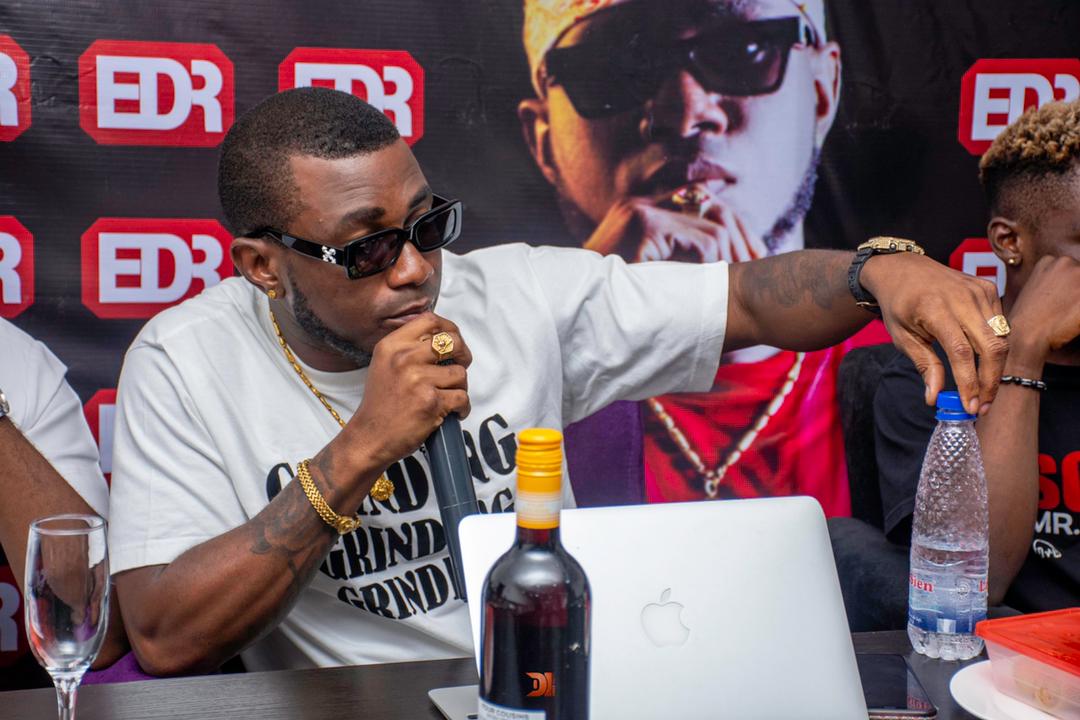 It was a huge turn up yesterday as several members of the entertainment industry gathered for an exclusive press conference for Kashmoney at the Landmark Hotal & Resorts in Port Harcourt.

The event which was hosted by Empire Dreamin Records (EDR) lead by the CEO and frontline act professionally known as Kashmoney TheForce, was targeted on sorting the best professional brains in the field of entertainment towards advancing the services of the label as he premiers the musical video of his latest song titled “TONY MONTANA” which was officially released today.

According the CEO of Empire Dreamin Records, who also used the opportunity to unveil the brand’s cloth line as he discloses more services offered by the company. He further stated that he is not in the music industry only as an artist but also as a businessman.

Watch the video clip below