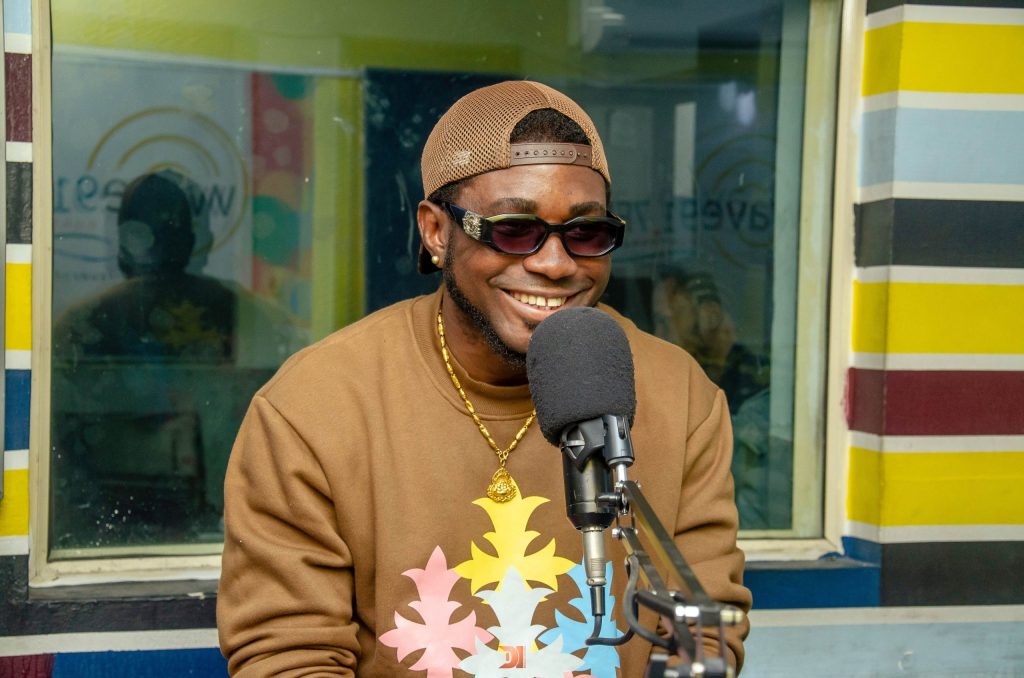 Fews weeks ago the Nigrian fast emerging rapper Kashmoney TheForce was featured on “THIS DAY” Newspaper Headline, making him the most Port Harcourt trended artist in recent time.

It’s no longer a news that the CEO and Front line artiste of the Empire Dreaming Records, Kashmoney TheForce is taking over the media and the music industry in the city of Port Harcourt and beyond.

Recently, he had a School Tour where he reached out to students with writing materials, and cash prices. Pushing further his music and the Record Label (EDR), Kashmoney TheForce took another turn to tour radio stations in Port Harcourt to enlighten the industry about his moves and motives.

Speaking at the Wave 91.7 Fm yesterday in Port Harcourt, he elaborated more about his career at large how he started and things he will be doing further to make it big in the industry. He stated that, it’s not just about making music or listening to music but also giving back to the community.

Disclosing to the OAP at Wave FM, he spoke about his next move which is “Pad A Girl Child”. A movement where he will be reaching out to school girls with sanitary pads and also enlighten them on proper safe hygiene.