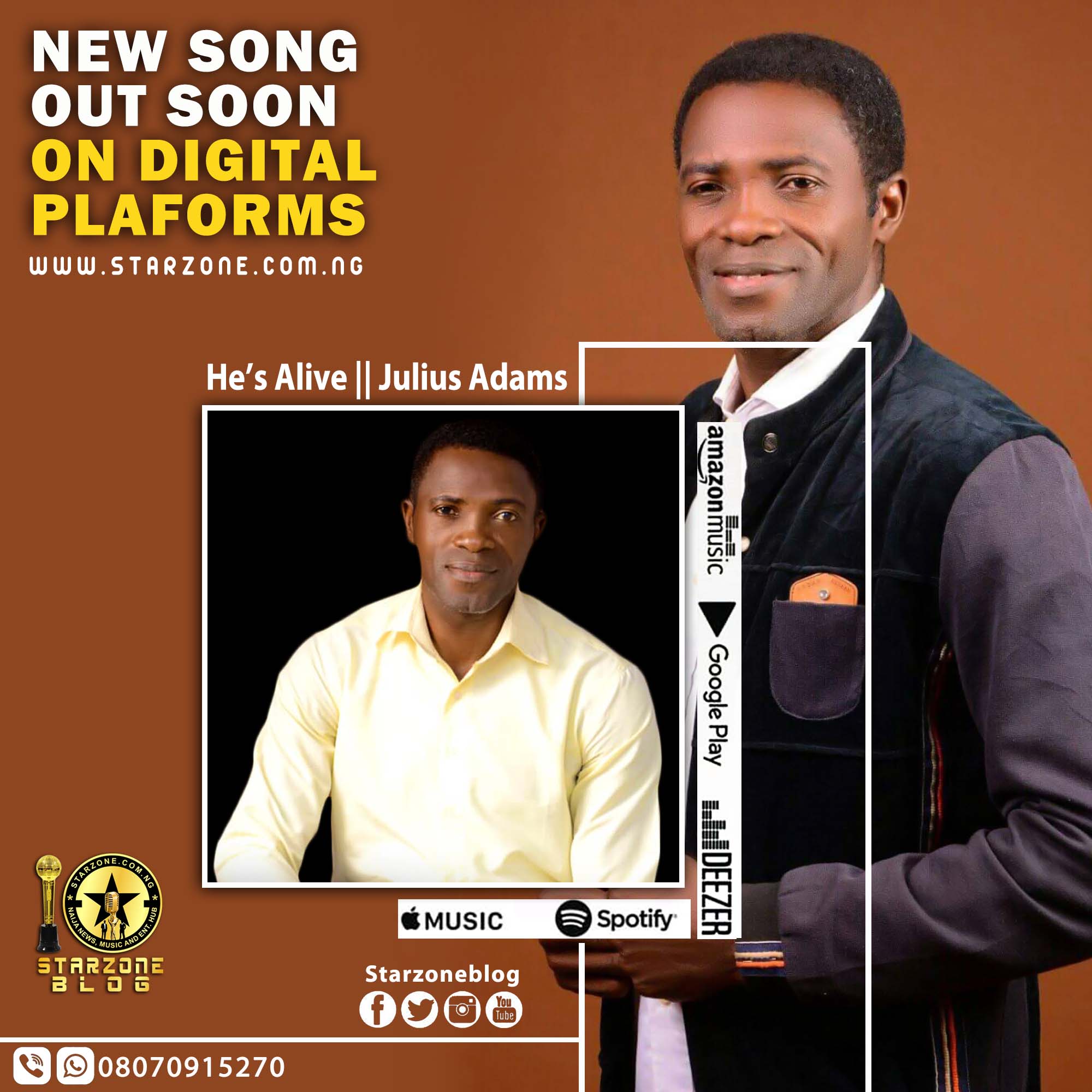 Still on his relentless mission of kingdom soul winning, this renowned Kogi base Gospel minister and Singer better known as Julius Adams continues to deliver more powerful tracks. Since the onset of 2021, this annointed singer has consistently been topping charts on Starzoneblog with his Heavenly power packed tracks🔥🔥.

Julius Adams became more relevant earlier this year following the release of his revolutionary track titled “ENDSARS” which was released during the national peaceful protest that rocked the country, a time when many religious leaders were silent.

Ever since then he has continued to gain massive love and support of many fans far and wide for his fight towards the betterment of the Nigerian youths both home and in diaspora.

Anticipate his latest track titled “He’s Alive” as it drops on the 28th of March, 2021. Stay with us for more updates on this.