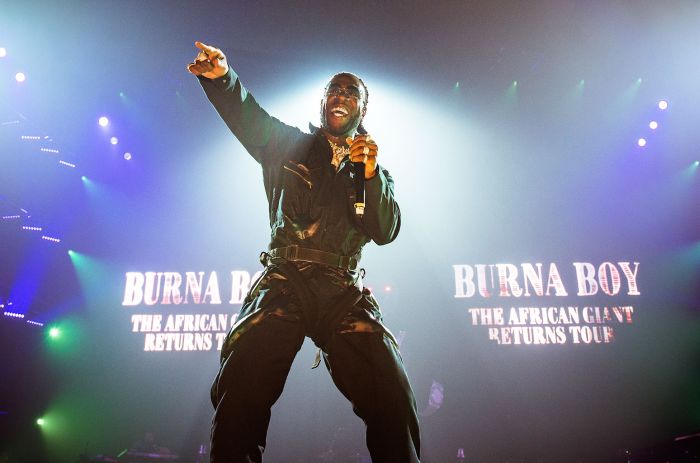 Damini Ogulu, popularly known as Burna Boy, a Nigerian iconic singer, songwriter, and performer, recently sold out at the iconic Madison Square Garden, and news of his ticket sales earnings has surfaced.

The heavyweight singer who made history on April 28, 2022, by becoming the first African and Nigerian to headline and sell-out at the historic venue gave a thrilling, mind-blowing, and highly energetic performance at his “One Night in Space” concert in New York, filling the 20,789-capacity MSG arena to the brim.

According to American financial, software, data, and media company Bloomberg, Burna Boy racked up about a whopping $1.6 million in ticket sales.

The African giant, after selling out iconic venues like the Madison Square Garden, State Farm Arena, and a slew of other venues across the world, has made it known that he would be headlining at least three stadium shows in 2023: the 40,000-capacity Paris La Defense in Paris, France, the 80,000-capacity London Stadium in the United Kingdom, as well as the 34,000-capacity Gelredone Arnhem in Arhem, the Netherlands.