Mr 2kay appears to have moved on from his previous relationship with Gifty. NAIJ.com had earlier reported the breakup between Mr 2kay and former BBNaija housemate Gifty. He disclosed that their zodiac signs was part of the reasons they had to go their separate ways.
The musician has been seen severally with a light-skinned lady named Cynthia Panicoff. The duo is said to have been dating for over 2 months now and they look cute together. Mr 2Kay’s and his new girlfriend Cynthia.
The two love birds have been spotted at events and recently, they attended 2Baba Idibia’s birthday party at Club Rumors holding hands. Cynthia is said to be a video vixen and also works as a publicist for one of the popular night club on the island. 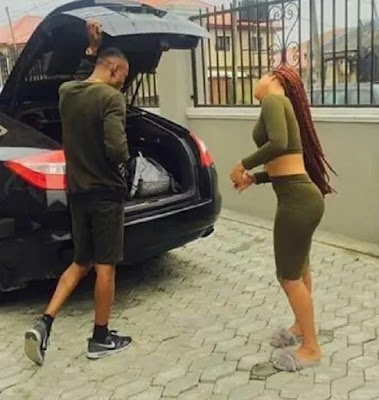 Mr 2kay in one of his Instagram post shared a video where he gushed about his new girlfriend.Watch it below;