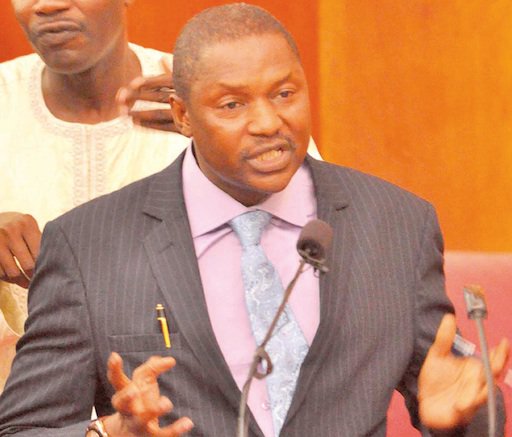 The Attorney General of the Federation and Minister of Justice, Abubakar Malami, on Tuesday said the Federal Government could not arrest issuers of the quit notice against Igbos residing in the northern part of the country because of “security implications”.Malami said the government resisted pressure to go after leaders of the Arewa Youth Consultative Forum after it gave due consideration to the “security implications” of arresting them.However, the AGF said the government would not hesitate to go against anyone or group found to have engaged in any form of lawlessness in any part of the country.He said, “Government considered the security implications on the issue. Let me state that government is alive to its responsibility and whoever is found wanting will be prosecuted. This administration is determined to provide good governance and promote justice, peace and fairness”.