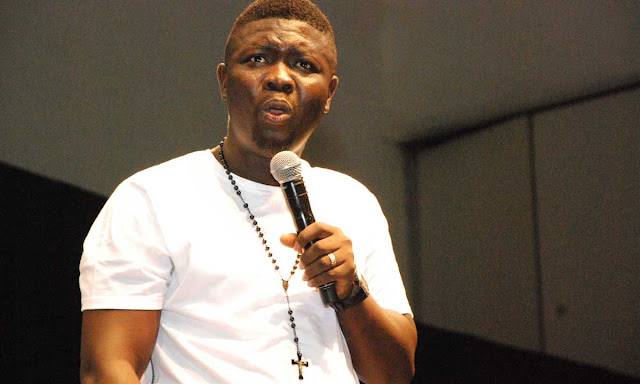 Following the death of a 10-year-old boy at Ekeukwu market demolition in Imo State, popular Comedian, Seyi Law has alleged that a national time bomb being built will soon explode.
The Comedian, who shared a picture of the 10-year-old boy killed during the market demolition on his instagram page, claimed that when the bomb explodes, there will be nowhere to hide.
Claiming that the Nigerian government is making “monsters out of his people” Seyi Law stressed that “when the day of reckoning comes, they will want to demonize them.”
He wrote: “This was probably the saddest picture I saw on the internet last week and waited to hear the Governor’s reaction to the killing of unarmed civilians during a demolition exercise, but I am still waiting.
“This is a huge problem in Nigeria, we keep mute at the death of people and that’s why Jungle justice prevails. No prosecution, No statement and the family, friends and well wishers of the victims grow with vengeance in their hearts.
“The Government of this Nation make monsters out of his people and when the day of reckoning comes, they will want to demonize them. Hmmmmm.
“The bombs we are building in this Nation will someday explode and we will have no where to run. Imagine the kind of seed they have sown in this little girl. She might forgive, but forgetting will be very hard.
“Our Government need to do more and the citizens have to be more vocal. Silence, I maintain is not always golden.
“Our National time bomb is ticking and our President is not so diplomatic in his statements, issuing threats in a volatile situation instead of been persuasive. Just my thoughts. God help us all.”