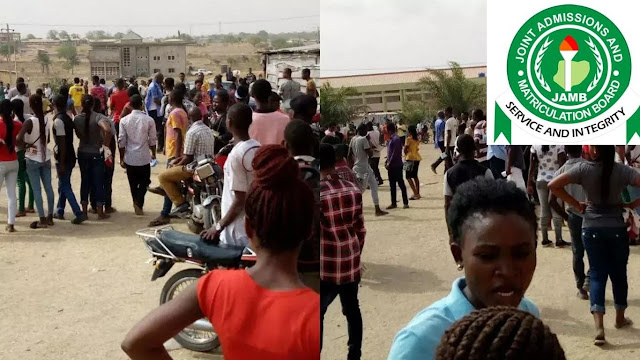 Female Candidates of the ongoing 2017 UTME Examination, whose centers was allocated to F.C.E Technical CBT Centre, at Omoku Rivers state, was reported missing yesterday, 17th May, after boarding a taxi heading towards their lodge.
Starzon.com gathered it that the female Jamb Candidates who finished writing their exams at about 3:00pm was heading back to their place of lodge when they boarded the wrong vehicle.
Our source had it that the friends of the missing girls who boarded another vehicle got to the lodge but to their greatest shock could not find their other friends who left before them. The situation became more feverish when the phone line of the girls could not be reached after several attempts for hours.
Hopefully they’re in safe hands…more details coming.