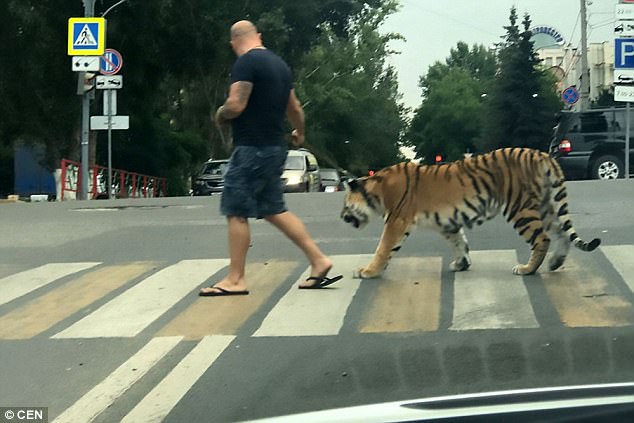 Na wa o. What will you do if you saw someone with a tiger walking towards you on the street?
A man was seen taking his pet tiger for a walk in the centre of a Russian city and, as expected, pedestrians were terrified. A shocked onlooker filmed the scene from the safety of his car as the man walked the big cat in the city of Samara in southwest Russia.
The footage was shared online and some people who watched it said they believe the man seen walking the beast could be the circus artist and animal trainer, Artur Bagdasarov. 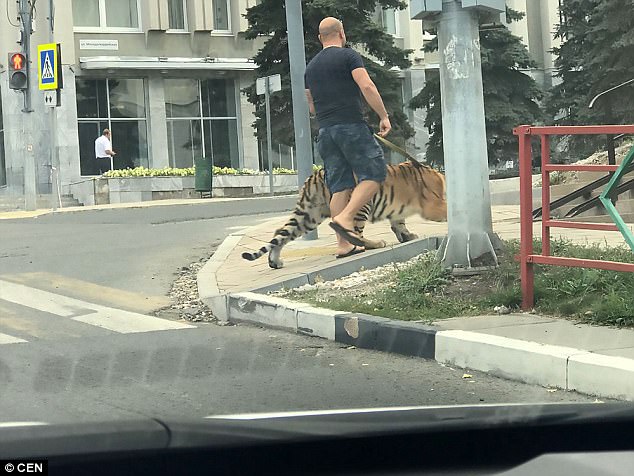 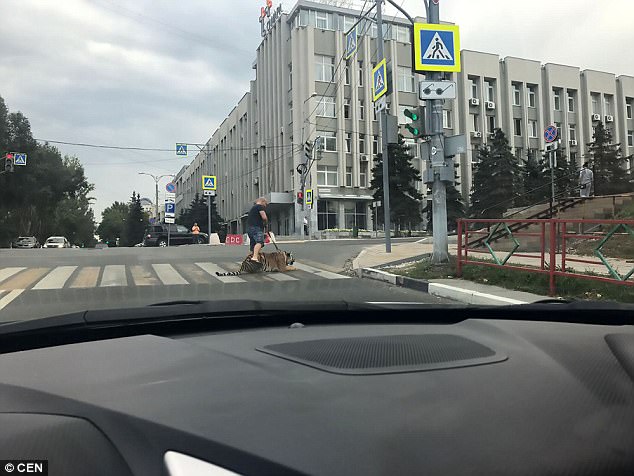