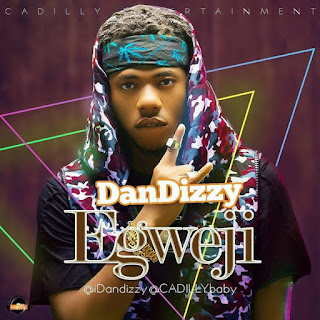 Today, in a highly anticipated and long awaited release, DanDizzy, Cadilly Entertainment’s newest signing drops the rhythmically explosive and lyrically arresting rap track entitled ‘EGWEJI’.
One of Port Harcourt’s big exports and the highly rated rap artiste, DanDizzy a.k.a Wave Zaddy, declares that he is about to change the game with what top OAPs & DJs alongside other music maestros, then very importantly fans who have listened to it thus far, describe as a “mad tune”.
EGWEJI is strong and heavy, as the word literally refers; it is Dan’s debut release under Cadilly and was produced by the creative Correct Sounds then ‘mixed & mastered’ by the quintessential Indomix.
Download Audio Here