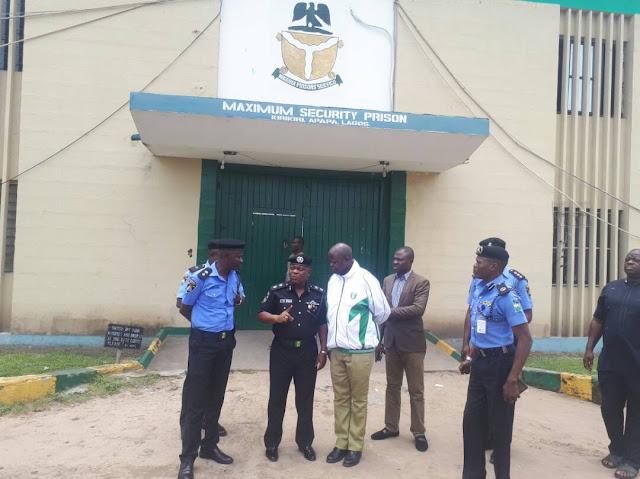 Ag/CP Edgal Imohimi, the new Commissioner of Police, Lagos state command on Friday, September 1st embarked on a series of visitation and patrol around the state to ensure police operations lined up for the festive period is being observed by personnel of the command.One of the areas visited by the CP is Kirikiri in Apapa area of the state.
Also, he dropped by the Maximum security prison Kirikiri, where he met Seye Odutun, the Deputy Comptroller and other senior officers of the prison. The Deputy comptroller gave the CP a brief tour of the security measures in and around the prison. 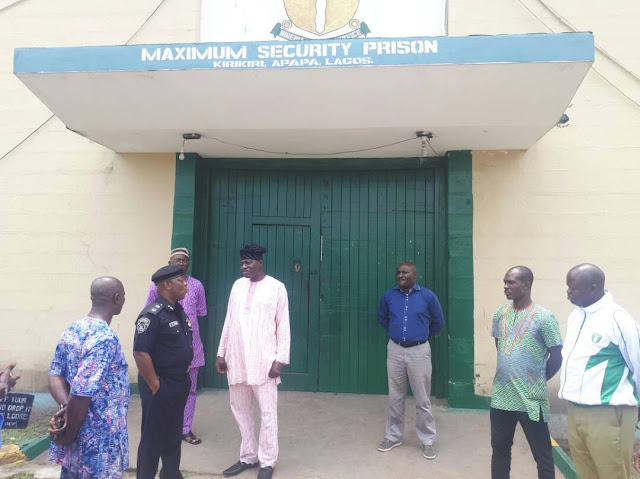 He acknowledged that the prison service had a good synergy with the police and sister security agencies which guaranteed security for inmates in the prison and officials of the prison.
The Deputy Comptroller did not fail to mention the robust security presence around the recent kidnap suspects arraigned in court on August 31, who are now reprimanded in the Kirikiri Maximum Prison. The two officers exchanged compliments and promised readiness to fine-tune the existing relationship in their official capacity.