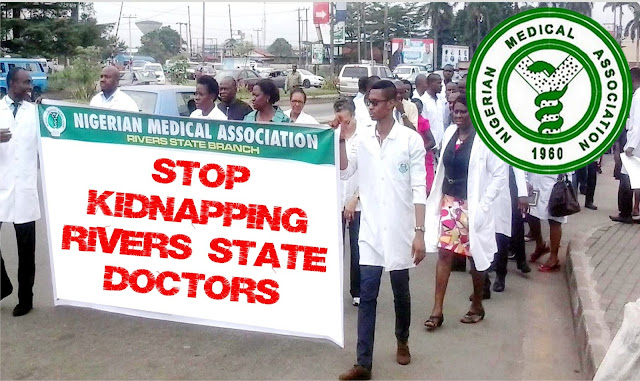 It is indeed saddening that the noble association has once again been put on the stake for crucifixion.
Soberly, the spate of kidnapping of doctors in Rivers state has increased and it is pathetically sickening. In that light, the Nigerian Medical Association (NMA) Rivers State has called for a peaceful protest regarding this ugly situation of rampage kidnapping of medical Doctors in recent times.
The demonstration which also featured student doctors is aimed at calling on the attention of the government to improve the security nature of the state in order to avert such incidents in future and save the noble profession they will soon call theirs.