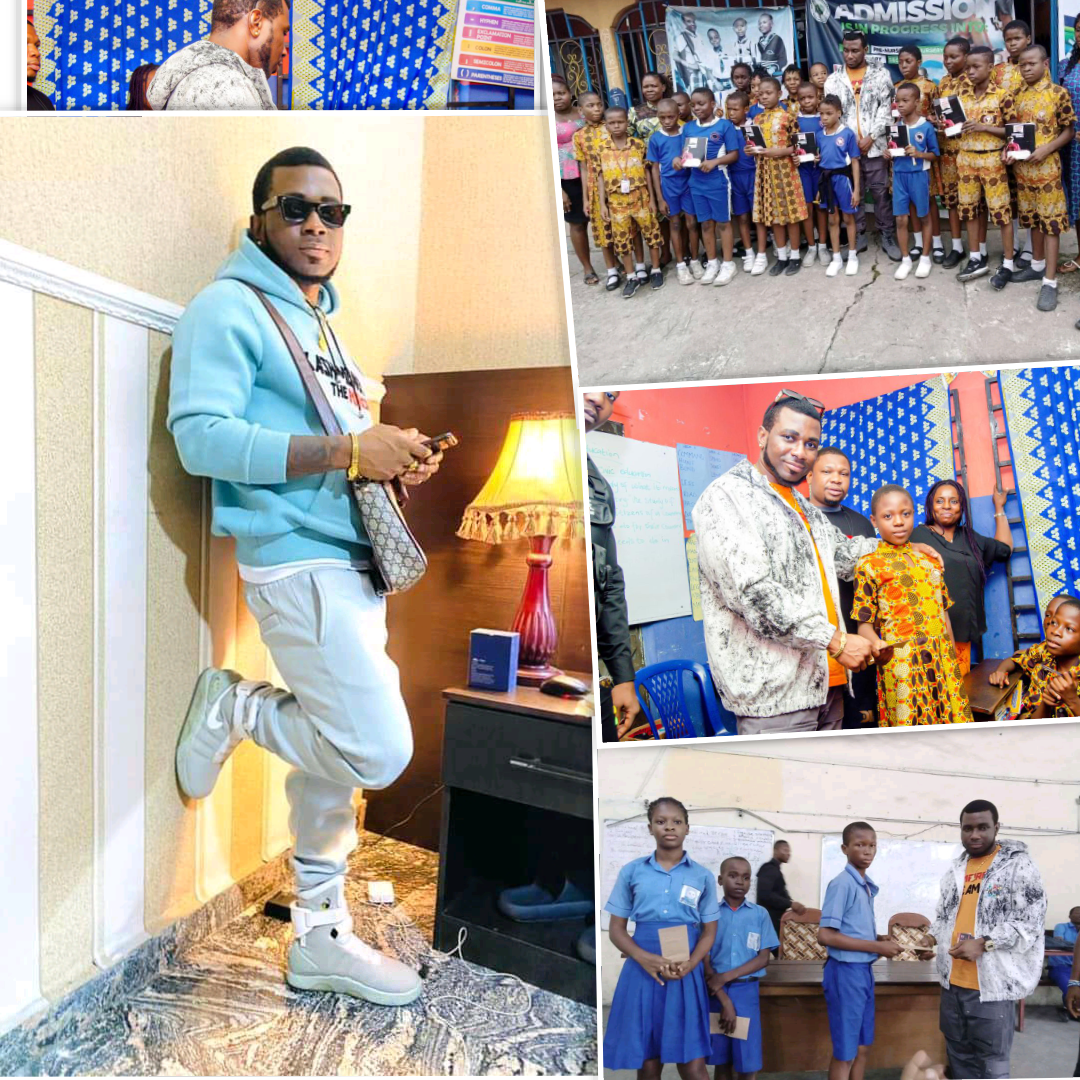 Fast emerging Nigerian rapper and business executive popularly known as Kashmoney TheForce has been spotting gifting out cash, books and other academic items to students during his visit to some Primary and Secondary schools in the just concluded “KASHMONEY WITH THE STUDENTS TOUR” in Port Harcourt.

The Empire Dreamin Records boss who also paid a visit to the University campuses in the state were he had an intereactive session with the students also gave out gift items including official branded T-shirts.