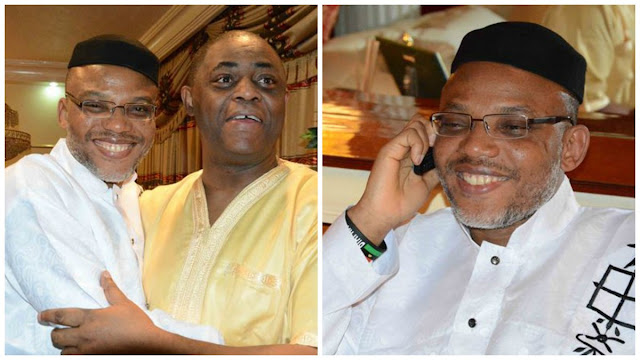 Femi Fani-Kayode, a Former Aviation Minister, has said that the IPOB Leader, Nnamdi Kanu is bigger than President Muhammadu Buhari, describing him as a real Lion.“Nnamdi Kanu is bigger than Buhari.He is a real lion.” He wrote on his twitter page.This is coming after there were reports, that Soldiers and policemen have been deployed to the South East and South South as they prepare for the re-arrest of the Biafra Leader.The Indigenous People of Biafra (IPOB) Leader, Nnamdi Kanu.Below are some series of tweets he wrote on his page;I learnt that more soldiers and police have been deployed to the SE and SS to prepare for the re-arrest of Nnamdi Kanu. For the final time. I urge the FG to be restrained. You cannot fight 2 wars on 2 fronts all at once. Nnamdi Kanu is bigger than Buhari. He is a real lion.Nothing reflects the cruelty and insensitivity of @MBuhari more than his weak and pathetic response to the Benue flood where many have died.