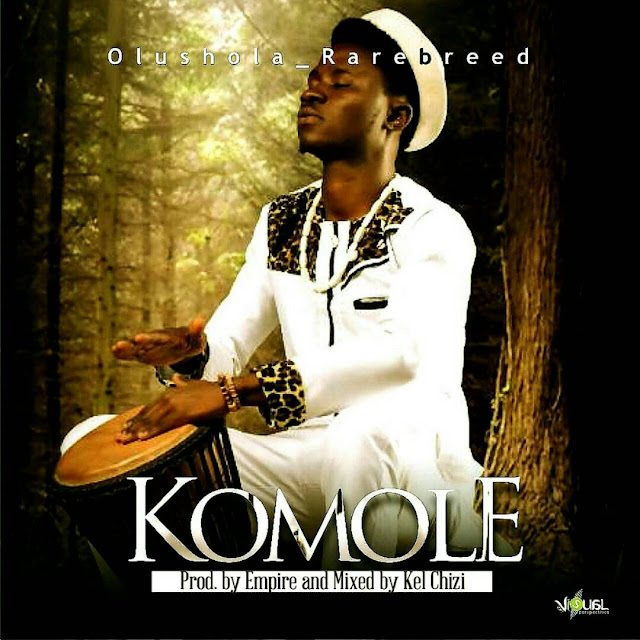 Olushola Owolabi a.ka Olushola Rarebreed is a native of Osun state, a graduate of Theater arts, University of PortHarcourt. He is a multi-talented young man; An actor, a drummer, a poet, a rapper, a director and a singer. He is indeed a “rare breed” whose primary interest is to adorn the African culture with emphasis on the DRUMS. Rarebreed has a track which is an expression of cultural musical and linguistic prowess titled “Komole” This track has really got him many fans both home and abroad. Download the song here as you dance tirelessly to the true African rhythm.