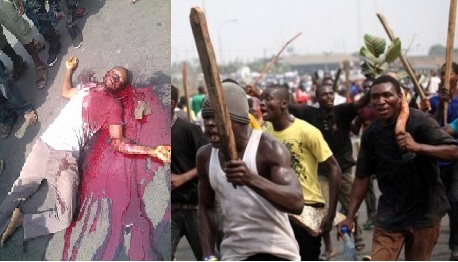 The residents of Ozuoba community in Obia-Akpo L.G.A of Rivers state has been in a state of chaos resulting in cult clash which left one dead. The victim whose name remains undisclosed is an indigenous of the same Ozuoba community, is reported to must have received multiple stab wounds at the neck region by a cult rival and left to bleed to death in cold blood.
Report reaching us from our source disclosed it that an identity card belonging to one of the murderers was found beside the dead victim believing to must have fallen off during the incident which took place at about 9pm.
Sources also disclose it that the bearer of the identity card whose name remain undisclosed, is a young man and also a resident of the same community and has since been on the run leading to the vandalizing of his family house by the angry community youths…More information coming.