Nigerian singer, Peruzzi appears to have thrown what can be categorised a shade at “Case” hitmaker, Teni the Entertainer following her emergence as the “Best New Artist” at the 2018 SoundCity MVP Awards.
Teni clinched the award at the event which held yesterday and also had Peruzzi as one of the nominees vying for the coveted title.

Here is a screenshot of the now deleted tweet below: 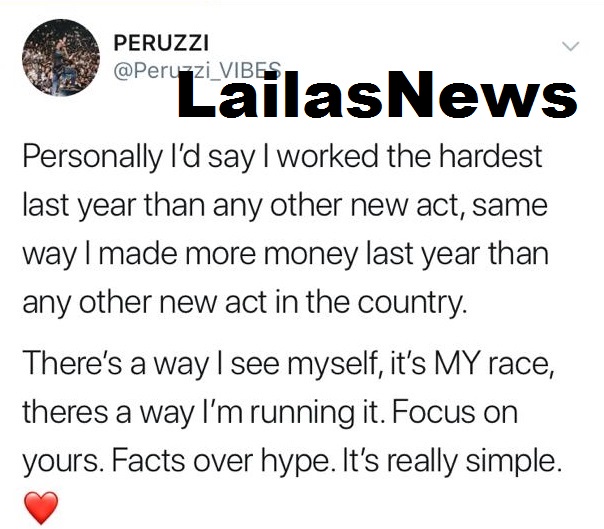 Peruzzi later added that he looks forward to working hard this year. He wrote;

Na to sing shege this year be that 😂