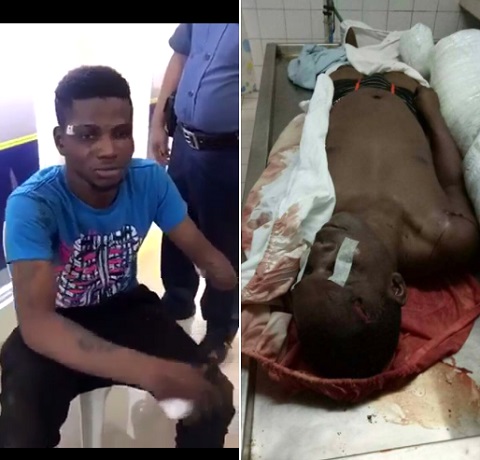 A Kuala Lumpur, Malaysia-based Nigerian man, Nze Kingsley Ibe as known by his facebook name, has taken to social media platform, Facebook and shared the photo and video of a Nigerian man who stabbed his fellow Nigerian man to death over 4,500 Pesos, about N30,000..
“I swear with my life, it was an accident and I didn’t stab him more than 5 times he claims while been questioned by the security agents”.
The suspect who has been disclosed by his facebook name as Micheal Cizu Roberto aka CJ as popularly called by his friends, is a handicapped young man whose left arm was amputated following his involvement in a terrible accident years back.
Some of CJ’s friends has taken to social media to expressed their shock and disappointment towards the incident and his unchanged thug lifestyle even after his terrible life experience.
“His Room mate killed him today cos of 4500 peso in Philippines,” Nze captioned the photo.
Below is a screenshot of comment from one of his friend. 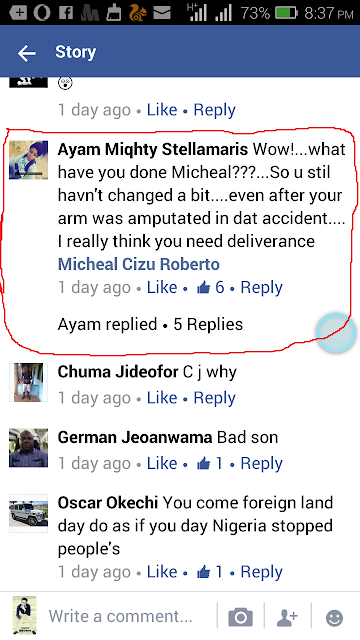