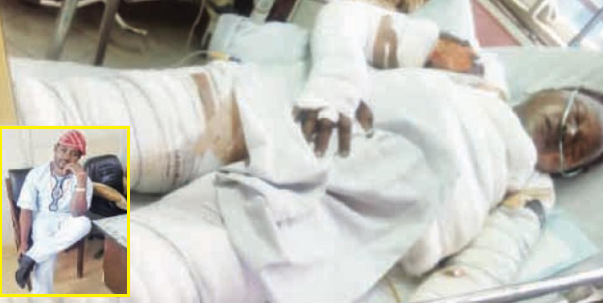 One John Emeka Obodoechina, 36, has been burnt to death in Lagos, by her fiancée, Blessing Ohare Ukhurebor, because he decided to quit the relationship. DailySun learnt that John had dated Blessing for over a year, and she had moved in with him. .
Close sources informed that at a point, John introduced Blessing, from Edo State, to his siblings. He was advised to study the lady for some time and decide if the family should formally go to Blessing’s family for dowry payment.
John was said to have intimated the girl of his intentions to meet with her family, but the meeting was suspended at the instance of the lady’s family. A relative of John revealed that he, John, started noticing some unacceptable behaviour from Blessing. . 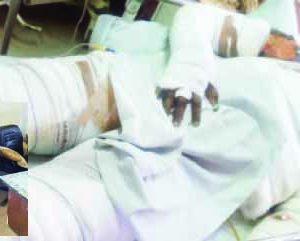 Some of the couple’s neighbours also reported that at the slightest misunderstanding, Blessing would lock the door, pull a kitchen knife and threaten to stab John.
John’s elder brother, Chief Obodoechina snr, explained that John told him that he had met Blessing in his office, and that he had been helping Blessing in the business she was doing with the company from where they became intimate.
“After about three months, Blessing started taking some of her belongings into John’s place. At that time Blessing did not know whether anyone was John’s sister or colleague in the office, so any calls from a female caller was seen as a taboo. That was when John started introducing Blessing to his sisters and colleagues. But when all that also failed to guarantee peace, John felt that marriage between Blessing and himself might be disastrous, so he decided to end the relationship. 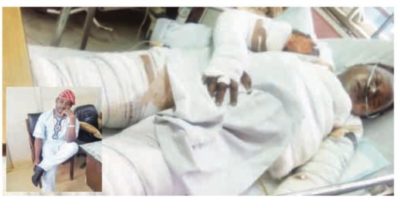 He therefore informed Blessing that both of them should part ways in peace. But Blessing, apparently didn’t like the idea. The situation climaxed on August 1. That was the day John gave Blessing N100, 000 to help her secure an apartment before she set herself and John ablaze.
John’s sister, Angela Ibrahim, said:
“She poured fuel on him when he was sleeping, and lit the match. Unfortunately, because fuel is inflammable, she was also affected.”