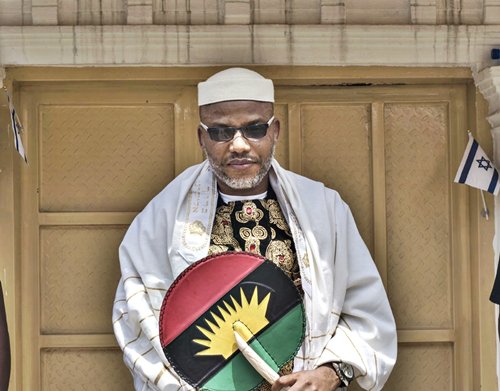 The Nigerian Police Force has reportedly placed the leader of Indigenous People of Biafra IPOB, Nnamdi Kanu, under surveillance. According to reports, this is to prevent him from fleeing the country, thereby stopping his re-arrest once the Federal High Court in Abuja grants the Federal government’s wish to revoke his bail.
Recall that the Minister of Justice and Attorney General of the Federation, Abubakar Malami, last week, wrote an application to the court asking for Kanu’s bail to be revoked. The federal government in the application said the secessionist group leader has repeatedly flouted his bail conditions. 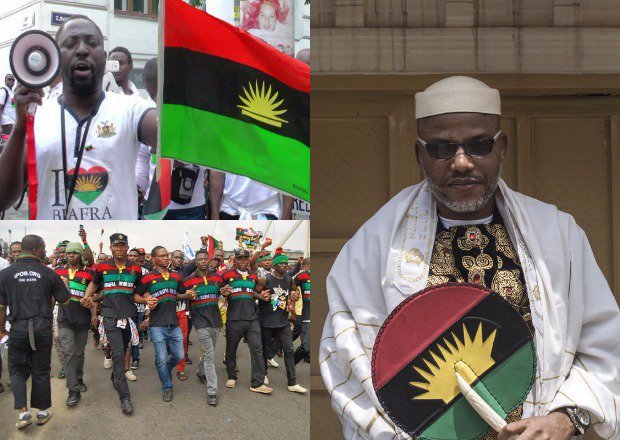 Kanu in his reaction has said that anyone who plans to rearrest him will die.
However, the police seem to be undeterred by his threats as they have reportedly placed him under surveillance to prevent him from fleeing the country once his bail is revoked.
The police has also reportedly increased the number of its officers in the South East and South South regions. The move is to help prevent any breakdown of law and order following IPOB’s threat to disrupt the Anambra state November 18th governorship election if they don’t get a referendum for the creation of Biafra. 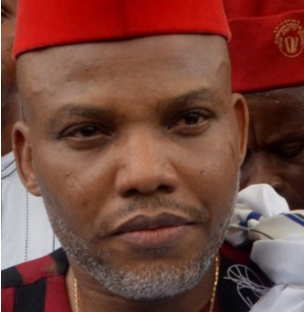 Among the police officers that have been increased in the South South and South East are those in the Counter-Terrorism unit, the Intelligence unit and the conventional policemen.