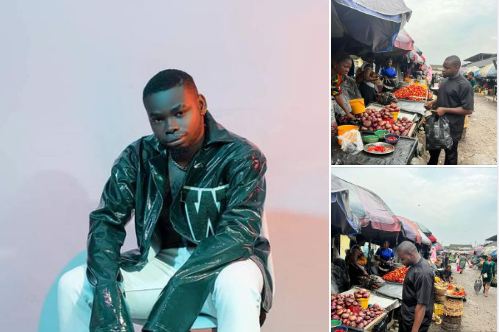 Flamboyant Nigerian singer and business executive Gthree Mayami, who’s popularly known as Mayami Of PH has caused a buzz on the social media after the singer was captured by a fan shopping at a public market in Port Harcourt.

This singer whose recently released debut single “SHIMA” is currently making the trend online has always been regarded as one of the most richest entertainers in PH, this is due to his several philanthropic and humanitarian services to the society and the less privileged.

Several Netizans has reacted positively after the picture surfaces on the internet as many hails the No Limit front act for his noble gesture, attributing it to a good character upbringing.