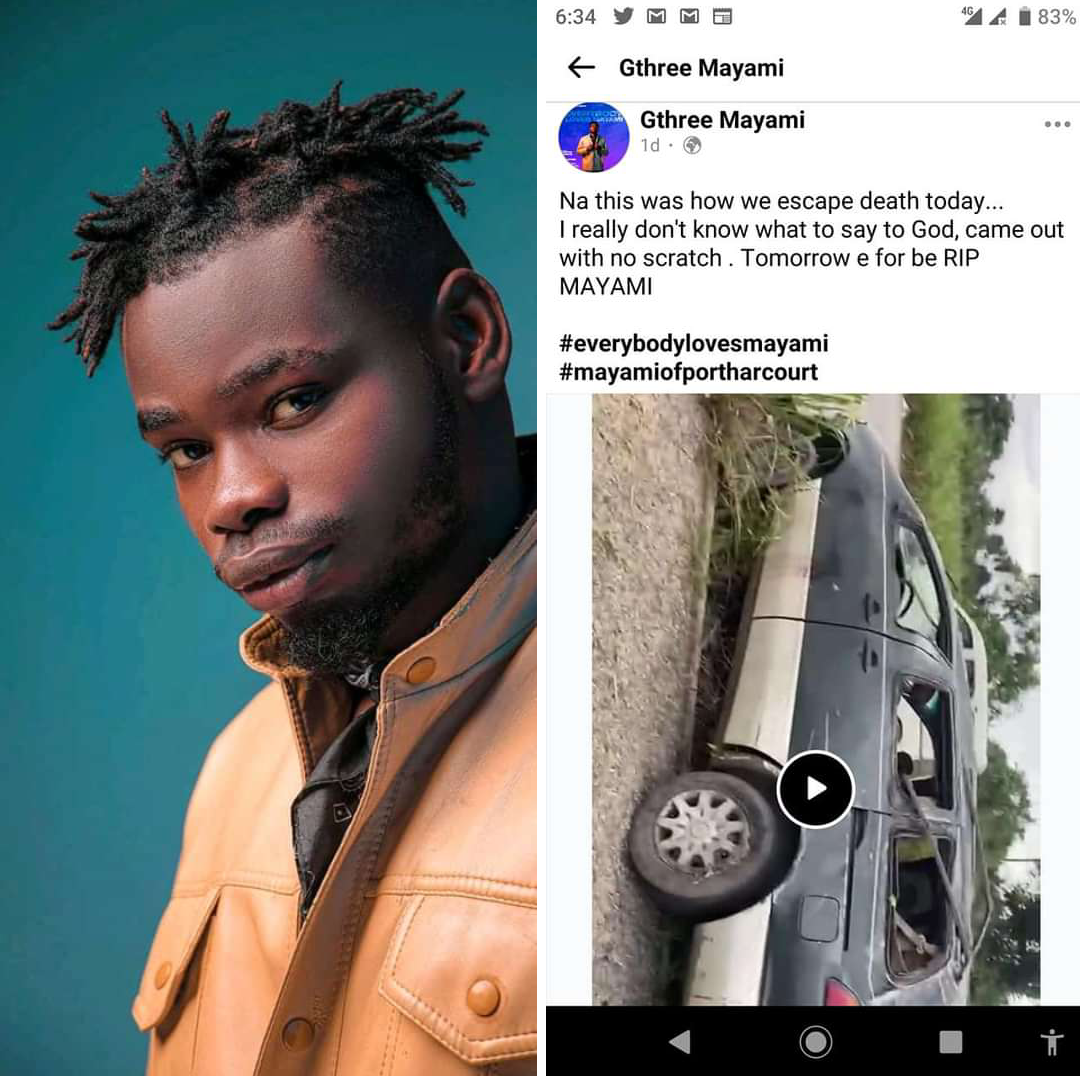 Gthree Mayami escaped death, gives thanks to God for the gift of life as he came out without a scratch.

Port Harcourt base popular artist professionally known as Gthree Mayami has taken to social media to thank God following his involvement in a fatal auto crash which occurred yesterday along Owerri road leaving many critically injured and hospitalized.

The No Limit front act who recently wrapped up his finals from the University was said to have been involved in an accident alongside with others on their way journeying back to Port Harcourt from an event.

He also pointed out an unfair bittered experience as many eyewitnesses rather focused on documenting the incident while watching them struggle for their lives instead of helping for rescue.

His also went further to explain how his belongings including phones was also stolen at the point of the incident by the surrounding crowd.

See Photos and videos below