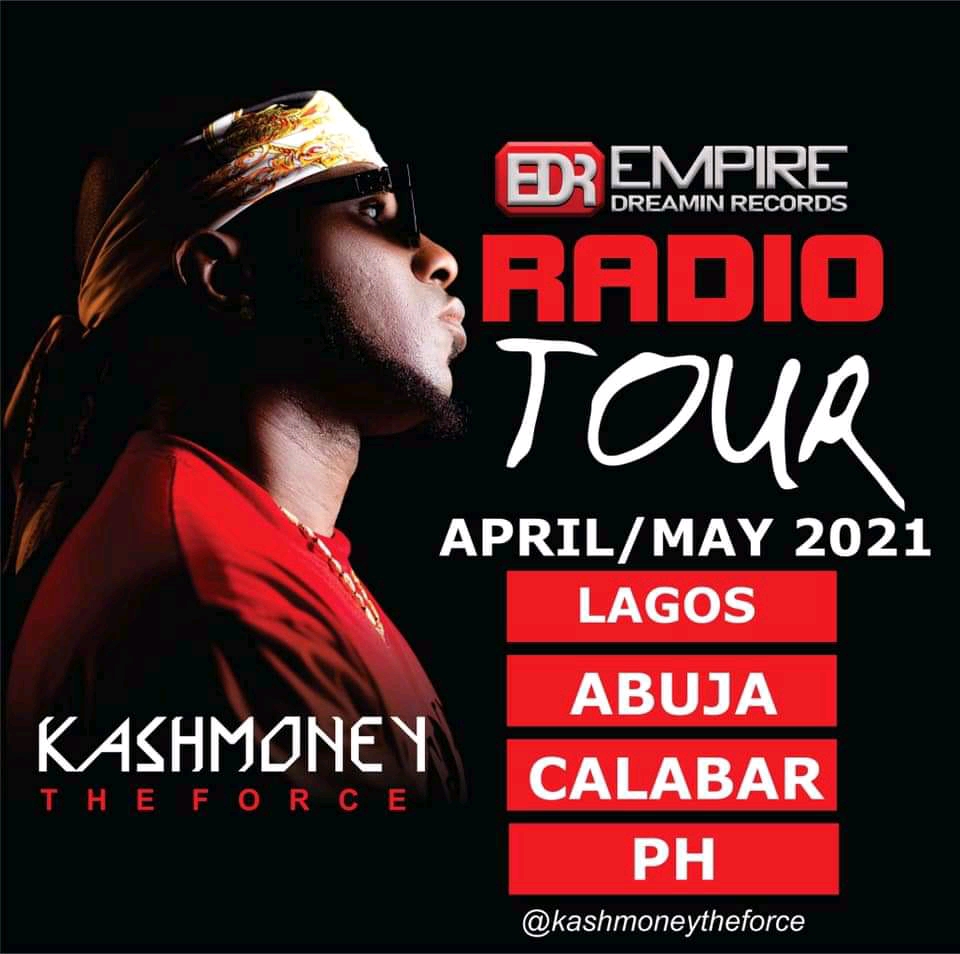 Empire Dreamin Records boss better known as Kashmoney TheForce will be hitting top radio stations across the country as he premiers his latest projects. The rapper whose latest single is hitting massive waves across digital stores including on YouTube is making his mark in a broad line.

This Nigerian foreign base rapper isn’t relenting in his bid to conquer the music scene as he set to embark on a radio tour across the major cities in Nigeria. The tour is slated for kick off in the months of April and May, although no specific date was released as of the time of this report.

Keep a date with the icon👍