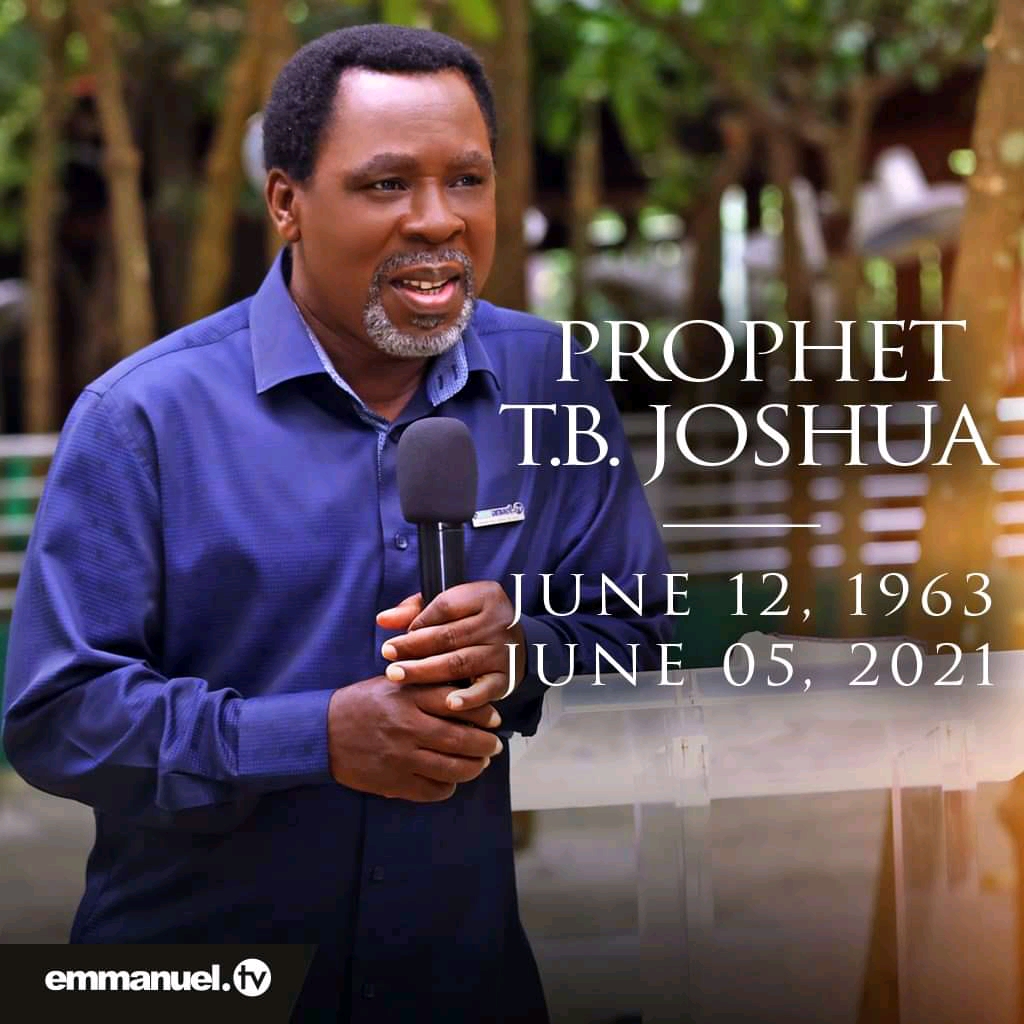 Update from the Synagogue revealed that the Church as been sealed as lots of members were seen in disbelief outside the Church, some in tears as they woke up to the sad news of the sudden demise of the preacher.

According to trustworthy accounts, Temitope Joshua, better known as Prophet TB Joshua, the Founder of the Synagogue Church of All Nations, died on his way to the hospital.

“Yesterday evening, he led a service. He’d been ill for the past two days. After the evening performance, he decided to go to the hospital. On his way to the hospital, he passed away,” it was revealed by a source.

The church and his family are yet to make an official announcement about his death. At the time, he was 57 years old. Joshua was born on June 12, 1963, in Arigidi, Akoko axis, Ondo State. It was being planned for his 58th birthday, which is six days away.

The news of his death became a craze on social media in the early hours of Sunday, with many Nigerians taking turns to mourn the late prophet.

He had been unwell for two days, according to insiders, though the cause of his death was not immediately confirmed. His body is believed to have been deposited in Isolo’s Lagos General Hospital.