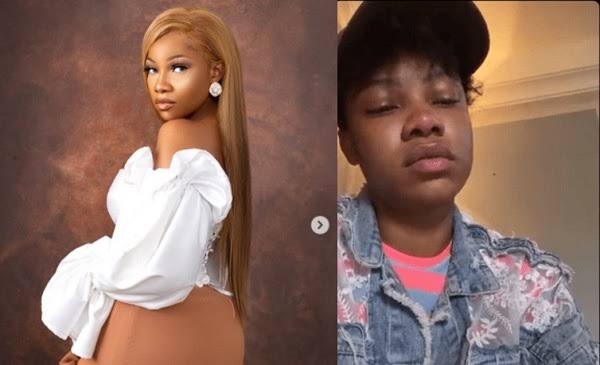 Big Brother Naija reality star, Natacha Akide simply known as Tacha broke into tears when she narrated her ordeal with some police officers and operatives of the Special Anti-Robbery Squad.

Tacha, who spoke about her painful experience in an Instagram live revealed that she was once brutalized by law enforcers and lamented over how the federal government have taken so long to take an action amid massive #EndSARS protest.

They opened the boot and told me to get into the boot, I put my mobile phone in my hair and I tied it. They put me and other boys inside the boot” she said.