Few days after the brutal murdering of a Ghanaian Soldier Captain Maxwell Adam Mahama in Denkyira Boase a village in Ghana, the military has invaded the area parading the entire community seeking for justice over the alleged murdering of their Commander.

Report reaching Starzon.com revealed that both the old and young are not spared from the ongoing military sanction in the community.

Here are highlight pictures of the ongoing military parade in the Denkyira community.
And just before you start laying abuses and judgement upon the soldiers for their actions below, please kindly watch the video below and see how the late Captain Maxwell was brutally murdered in the hands of these people. 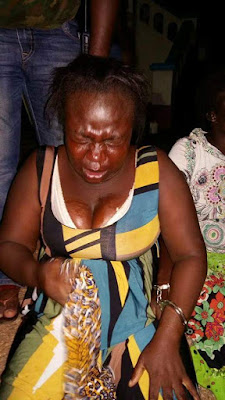 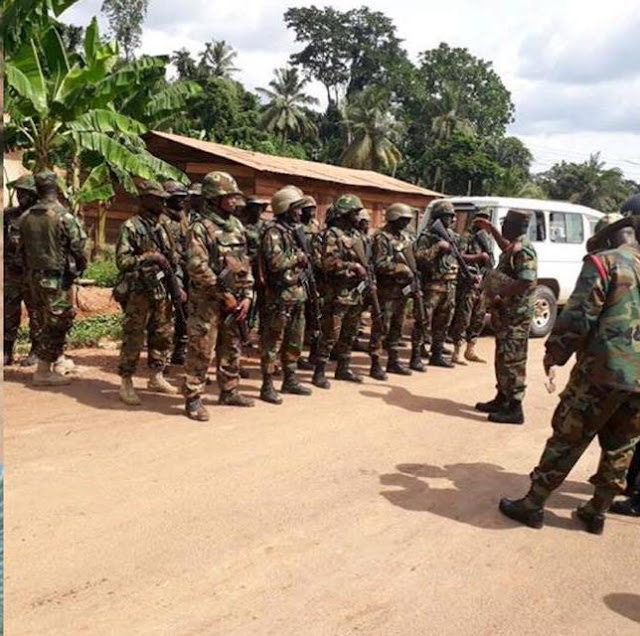 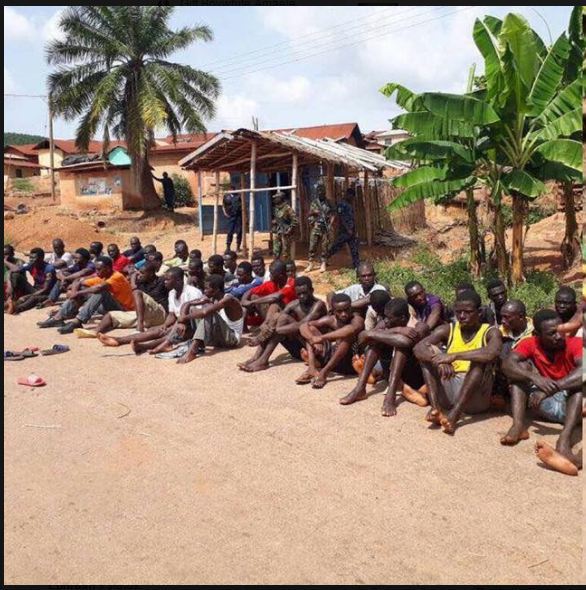 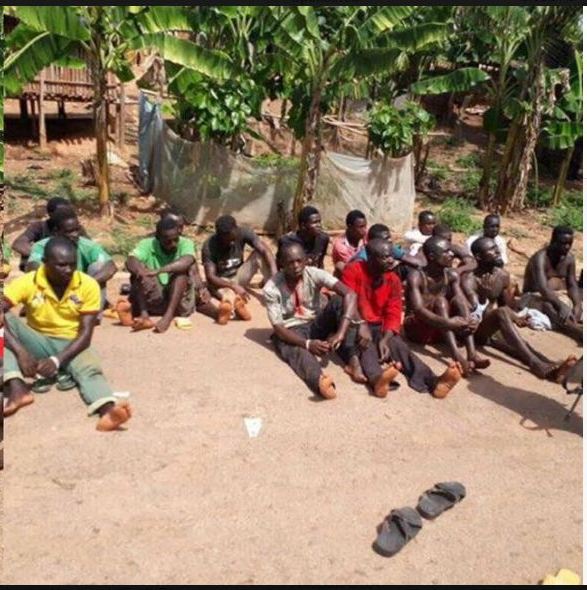 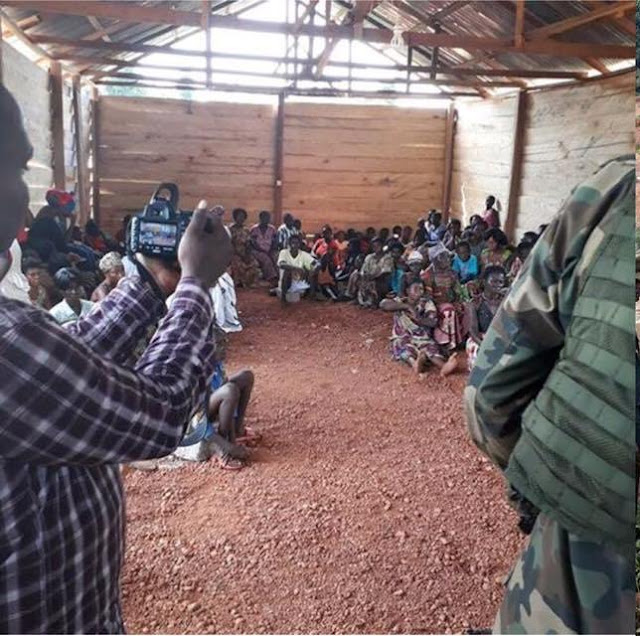 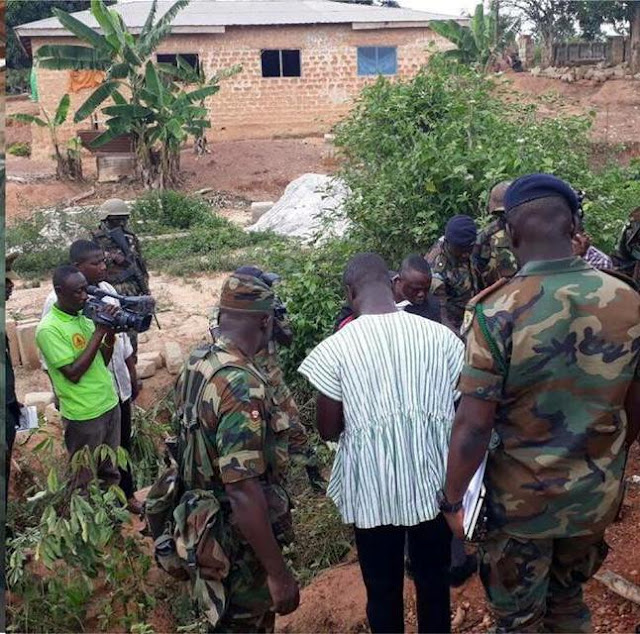 Few days ago a similar report reaching us also revealed that a young man was brutally beaten and burnt alive in Guinea over a change argument with an okada rider.
With the recent trending in brutal killings occurring in Africa, one would not help to ask why Africans prefer taking laws into their own hands in this era where Rule of Law is highly enforced.
A facebook user by name Don Pablo posted this while lamenting on the issue of the alleged murdering of the Ghanaian Solder…He said
“If I was the chief in command , I will start making 90% of them disappear and never to reappear. The same thing happened in Guinea

Conakry 3days ago , they burn this young guy alive because he was arguing with a bike rider because of money and at a point they started fighting and the bike guy shouted he want to steal my bike , before they knew it the young man was already on fire

African youth should grow and stop all this rubbish justice system”
Please Drop your comments below..
kjjw