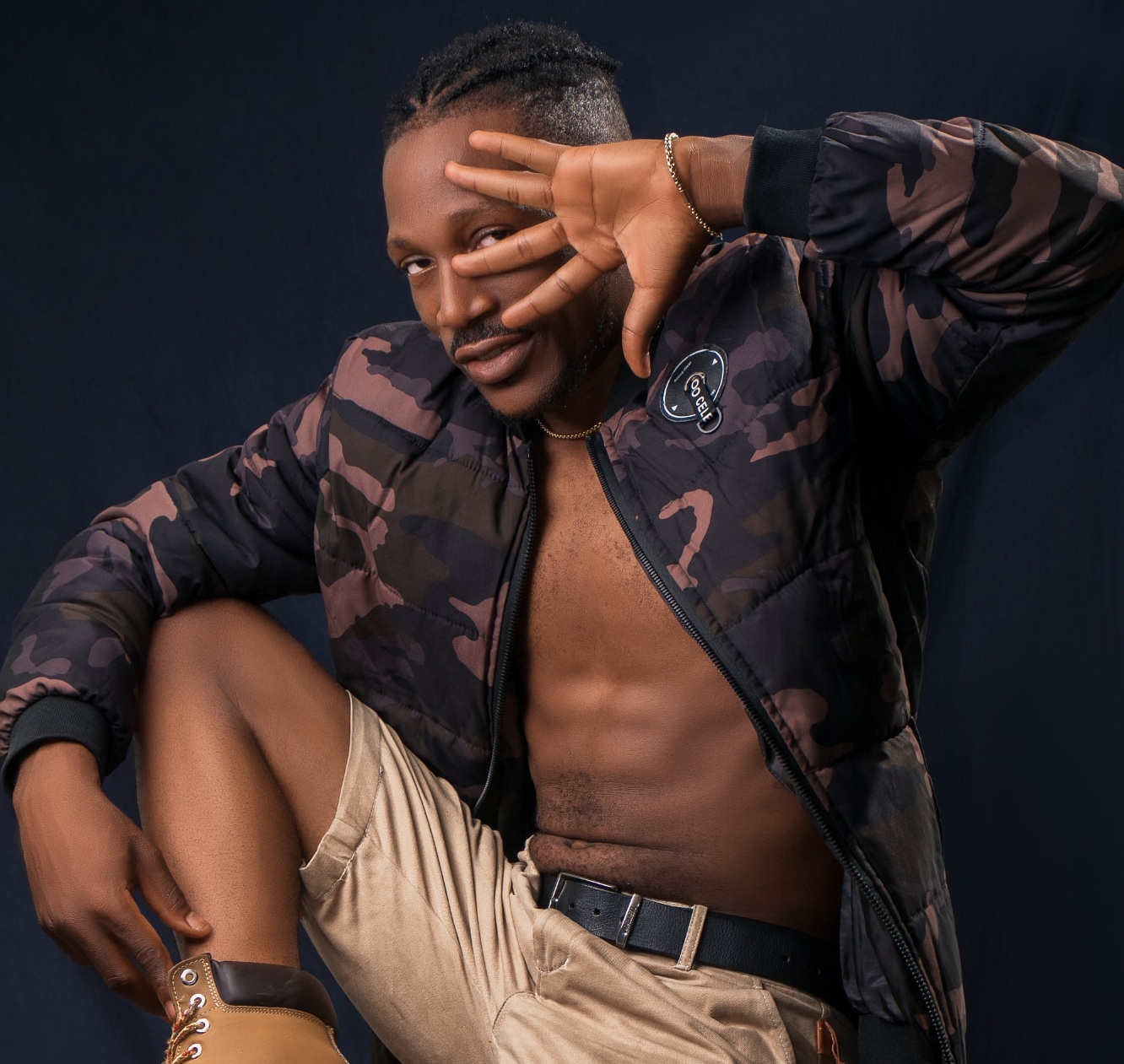 Segun Daniel Gbemisola (Born 18 May 1991) known professionally as SoulAim,  is a Nigerian Singer and Recording producer. He began his music career at age 14 (Year 2005) and started recording at age 19 (Year 2010). He released a collaborative Gospel album with two of his friends in 2010. The title of the then album is “MY DESTINATION” In 2019 (4th January),  SoulAim started his own label called AIMERS MUSIC (Formally Souls Beat Studios).

SoulAim was born Segun Daniel Gbemisola on 18 May 1991 in Kaduna,  Nigeria. He grew up in a christian home with four siblings(1 step brother). SoulAim attended the Wisdom Nursery and Primary School Hayin Banki – Kawo Kaduna and Fellowship Baptist High School respectively. He grew up listening to his dad who is a lover of music always  playingb all kind of good music from SHINA PETERS,  KING SUNNY ADE,  AYEFELE,  TOPE ALABI,  FELA KUTI,  BOB MARLEY and more.

In 2005,  SoulAim joined his Church choir where he learnt how to play the Bass guitar and learnt music proper. Through his Church choir,  he had access into a recording studio for the first time.

In 2006/2007 he formed a group called SIDE 2 SIDE boys with a friend of his but unfortunately the group couldn’t stand the test of time.

Then in 2008 He joined a Gospel Group called THE AIM CREW where he developed his music skill and had the opportunity to perform in concerts as a back up singer.  That gave him more courage to push his music career forward.

In 2009/2010,  He enrolled himself in a Music production/sound engineering institute called KLEAR TUNES  where he got trained to become a professional Recording Producer and Sound Engineer. While still studying Music production,  he got employed to manage a Record Label called INFINITI RECORDS in Markudi. There,  he practiced and got enhanced in his music production career for six months before moving to Port Harcourt to manage another Record Label called DPAGE RECORDS in 2012. He gathered a lot of experience till 2014 where he pulled out of Dpage Records to become a Freelance producer. Between these period,  SoulAim keeps recording songs for himself (some of these songs never saw the internet) He keeps recording to get himself trained and fit for the main stream.

In 2017,  SoulAim got a Visa to perform at the Loveworld Festival of Music and Arts (LFMA) South Africa. At the event in South Africa,  he performed his then popular song  titled EVERYTHING BLESSED.

In the late 2020,  SoulAim started working as freelance for the Empire Dreamin Records owner- Kashmoney The Force. While working with him,  he produced some of his songs (GRIND,  FOLLOW,  RIDE OR DIE and few others). Also,  he was one of the front organisers of the Force Concert which held at Port Harcourt Polo Club on the 11th December 2021.

On the 17th April 2022,  SoulAim headline the Afro Music Fest held at Umuahia, Nigeria along side other artist.

SoulAim was never signed ti any record label. He is under the management of his own label – AIMERS MUSIC.

SoulAim’s network has not been officially made public yet.

Under the Aimers Music,  SoulAim released some few singles titled FINALLY,  GOOD LIFE,  NO TO SUICIDE,  KAKISTOCRACY,  EBERE,  OROMA and his 15 tracks first studio album UNCAGED which was released on the 17th June 2022.