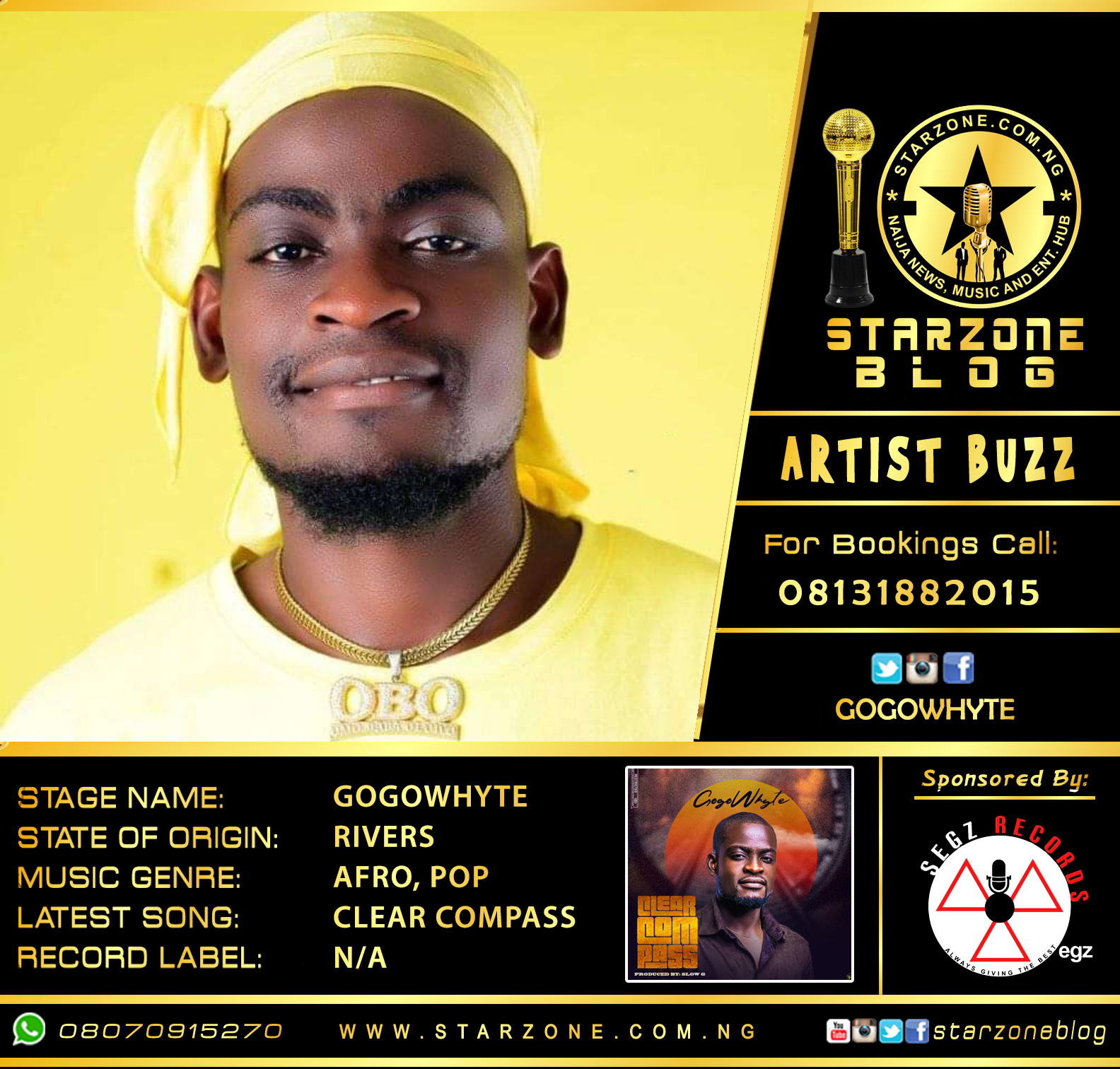 Nigerian born Anthony Gogo Minimah aka Gogowhyte is an unconventional afro-pop music artiste. Born in the early 90’s in Opobo town in Rivers state Nigeria and raised in the city of Port Harcourt. Developing his music talent was his primary focus until he let the cat out of the bag in 2017 when he teamed up with a home based producer Slow G to release his first ever single “IMA” which received massive radio spins and fans reception.

Released his 2nd track “THE GAME ” in same year after a series of his online freestyle video sessions which went viral. In 2018, he released “Sambala inspired by Runtown and made ties with ace producer Kingsville creative and together they released loads of wonderful projects, most notable was “NGOZI” which earned him positive reviews, airplay and a guest performance feature at a TEDx sponsored event that brought winners of the just concluded face of alaba.

Currently he’s about to drop the heaviest hit of his career so far titled “CLEAR COMPASS”. Watch out for this exceptional singer as he set to engrave his name in the music hall of fame. Let’s anticipate his latest single as it drops soon on digital platforms.