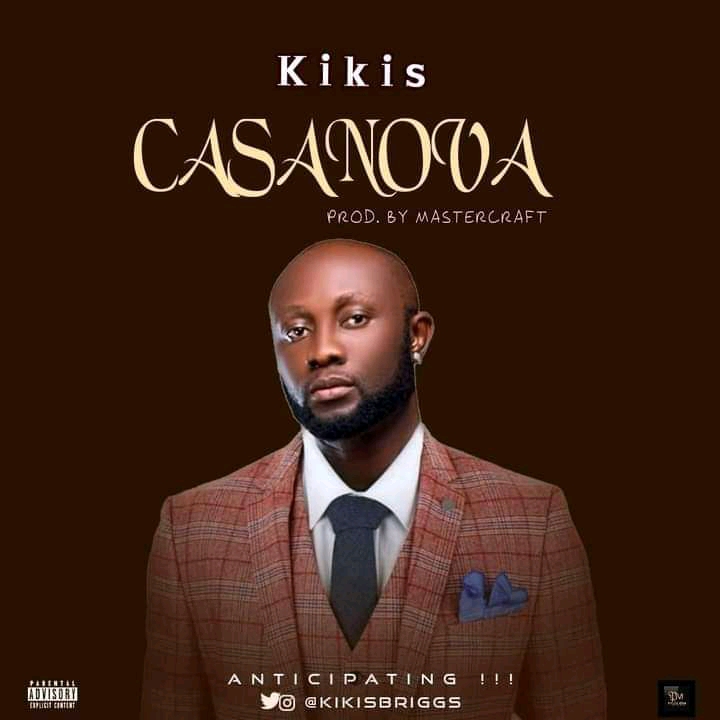 I took a great time last night to make a few research on the new single titled “CASANOVA” by Kikis and here is what I found out which is the reason why you all should expect the unexpected in this song.

The song is produced by one Nigeria’s most renowned producer #Mastercraft. This high respected individual has worked with the high and mighty in the music industry both local and international. He is certainly a master in the kraft of music production and has been responsible for several dope hits from your favourite top and mainstream superstars. This is the same living legend responsible for the production of the yet to release single “CASANOVA” by Kikis

Out of my curiosity, I went further to dig deeper on the title of the song (CASANOVA) and it gets even more interesting as more secret was uncovered which I think you all will be interested too to know.

“CASANOVA” is actually the name of a Venetian writer and adventurer. It means a man considered romantic and gallant, especially one who gives amorous attentions to women. Simply put “CASANOVA” means a promiscuous, philandering man aka womaniser.

Now, with my findings you will certainly agree with me that Kikis is about to reveal the untold lifestyle and all you need to know about womanising/womanisers in his new debut single “CASANOVA” with a beat backup from one of the doppest producers in the country..E GO CHOKE O!!!

Although no official releasing date has been announced for the song. So stick with us as we continue to bring you more updates.